mind
The russians launched a missile attack on the humanitarian convoy on its way out of Zaporizhzhia – the head of the Oblast Military Administration
NEWS
War
Society
9748views
30 september 2022, 21:30
Share 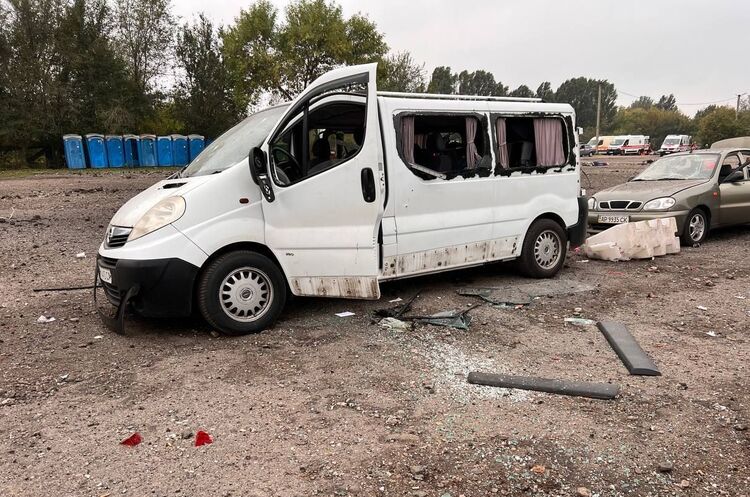 What happened? The enemy launched a missile attack on a civilian humanitarian convoy on its way out of the regional capital.

Details. “People were standing in line to leave for the temporarily occupied territory to take their relatives and deliver aid,” the statement says.

The National Police of Ukraine reported that 30 people were killed and another 88 were injured due to the attack. Among the dead are two children – an 11-year-old girl and a 14-year-old boy. Another three-year-old girl was injured.

Casualties were also recorded among law enforcement officers. A 36-year-old employee of the local Strategic Investigations Department was killed. Another 27 police officers of the Berdiansk District Administration were injured, 4 of them are in severe condition.

Previously. The russian occupiers launched five missile and 11 air strikes over the past day.

Погода на sinoptik.ua
Last news
Putin says russia may resort to a new nuclear doctrine – preemptive strike
19:45
Shmyhal instructed to supply the population with electricity only after critical infrastructure, defence facilities and businesses
17:35
90% of trade industry of Ukraine resumed work – research
15:32
“We are all preparing for the reconstruction of Ukraine”: Polish-French Economic Forum has started in Krakow
13:51
Ukraine shipped 25 000 tonnes of wheat to Somalia within the GrainFromUkraine programme
12:47
The situation in the power system remains complicated but under control – Ukrenergo
12:32
Defence Forces repelled russian attacks in the areas of Bilohorivka, Luhansk Oblast, as well as Klishchiyivka and Maryinka, Donetsk Oblast
08:33
The Kyiv City Council renamed Druzhby Narodiv Boulevard and 31 other streets of the capital
16:02
The National Bank admits deterioration of the macroeconomic forecast due to new russian attacks on the energy infrastructure of Ukraine
15:25
Officially, the aggressor side reported only about “damage to the skin” of two aircraft
08:47
All news
958