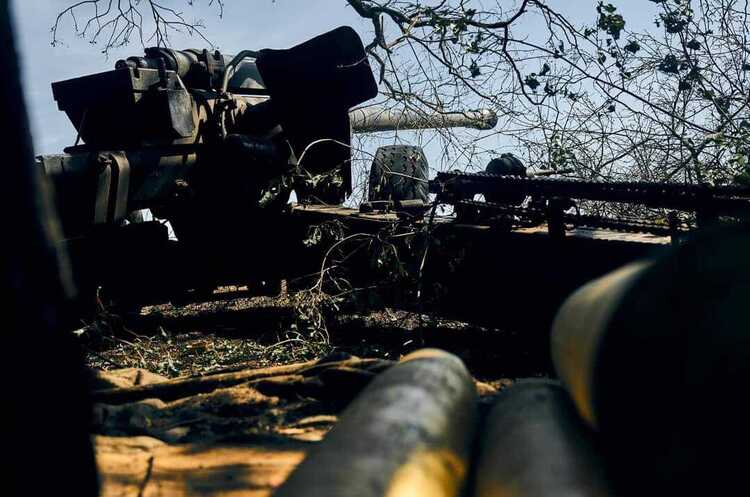 What happened? Over the past 24 hours, units of the Defense Forces of Ukraine repelled the attacks of the occupiers in the areas of Strilecha, Zelene, Mayorsk, Spirne, Zaytseve, Bakhmutske, Bakhmut, Kurdiumivka, Novomykhaylivka, and Vuhledar settlements.

Details. In the evening of October 3, the Defence Forces of Ukraine struck the enemy's pontoon and ferry crossings across the Dnieper River in Kherson Oblast. The total losses of the enemy are being clarified.

The destruction of the S-300 anti-aircraft missile system in the vicinity of Tokmak town was confirmed, as well as the damage of enemy positions in the areas of Huliaypole and Orihiv in Zaporizhzhya Oblast.

The Air Force of the Defence Forces carried out 17 strikes during the day. It was confirmed that 4 strongholds, 11 areas of concentration of weapons and military equipment, and 2 anti-aircraft missile systems of the enemy had been hit.

Missile Forces and Artillery struck 2 control points, 4 areas of concentration of manpower, weapons and military equipment, one anti-aircraft missile complex, as well as a bridge and pontoon crossing of the enemy.

At the same time, the enemy fires at the positions of the Ukrainian troops along the contact line, conducts remote mining of certain areas of the territory and carries out aerial reconnaissance. He strikes civilian infrastructure and civilian houses, violating international humanitarian law, laws and customs of war.

The threat of air and missile strikes on the entire territory of Ukraine still remains. Thus, during the past day, the occupiers carried out 9 missile and 6 air strikes, launched more than 56 MLRS attacks. Objects and civilian population of more than 27 localities were affected by enemy strikes.

Погода на sinoptik.ua
Last news
Putin says russia may resort to a new nuclear doctrine – preemptive strike
19:45
Shmyhal instructed to supply the population with electricity only after critical infrastructure, defence facilities and businesses
17:35
90% of trade industry of Ukraine resumed work – research
15:32
“We are all preparing for the reconstruction of Ukraine”: Polish-French Economic Forum has started in Krakow
13:51
Ukraine shipped 25 000 tonnes of wheat to Somalia within the GrainFromUkraine programme
12:47
The situation in the power system remains complicated but under control – Ukrenergo
12:32
Defence Forces repelled russian attacks in the areas of Bilohorivka, Luhansk Oblast, as well as Klishchiyivka and Maryinka, Donetsk Oblast
08:33
The Kyiv City Council renamed Druzhby Narodiv Boulevard and 31 other streets of the capital
16:02
The National Bank admits deterioration of the macroeconomic forecast due to new russian attacks on the energy infrastructure of Ukraine
15:25
Officially, the aggressor side reported only about “damage to the skin” of two aircraft
08:47
All news
851