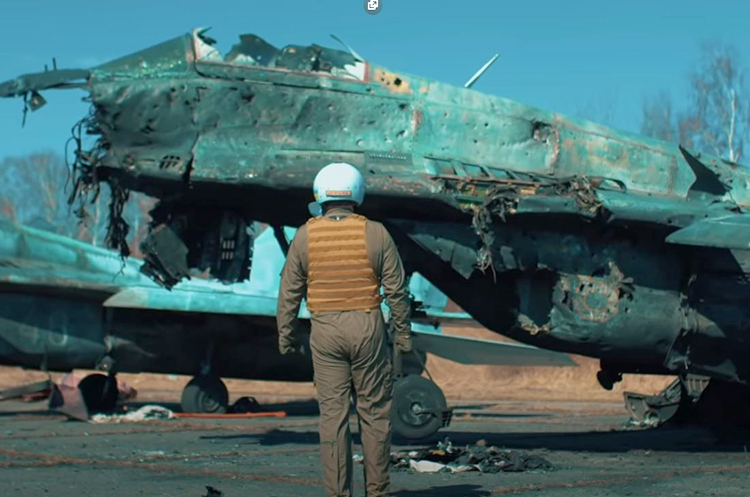 What happened. Pilots from Ukraine have launched an initiative called 'Buy me a fighter jet,' within which they turn to wealthy people worldwide for financial aid to buy fighter jets for the Armed Forces of Ukraine.

Source. On April 12, a corresponding video was release on YouTube.

Details. "Since the beginning of the war, we have been begging NATO to close our skies. Or provide us with fighter jets. But the world's governments are afraid of escalation and the conflict spreading beyond Ukraine. We ask you, Philanthropist, to use your financial, organizational, and political capabilities to buy and hand over a fighter jet to us," the statement says.

The video was filmed against the background of shelled combat aircraft of the Armed Forces of Ukraine.

Погода на sinoptik.ua
Last news
Putin says russia may resort to a new nuclear doctrine – preemptive strike
19:45
Shmyhal instructed to supply the population with electricity only after critical infrastructure, defence facilities and businesses
17:35
90% of trade industry of Ukraine resumed work – research
15:32
“We are all preparing for the reconstruction of Ukraine”: Polish-French Economic Forum has started in Krakow
13:51
Ukraine shipped 25 000 tonnes of wheat to Somalia within the GrainFromUkraine programme
12:47
The situation in the power system remains complicated but under control – Ukrenergo
12:32
Defence Forces repelled russian attacks in the areas of Bilohorivka, Luhansk Oblast, as well as Klishchiyivka and Maryinka, Donetsk Oblast
08:33
The Kyiv City Council renamed Druzhby Narodiv Boulevard and 31 other streets of the capital
16:02
The National Bank admits deterioration of the macroeconomic forecast due to new russian attacks on the energy infrastructure of Ukraine
15:25
Officially, the aggressor side reported only about “damage to the skin” of two aircraft
08:47
All news
774