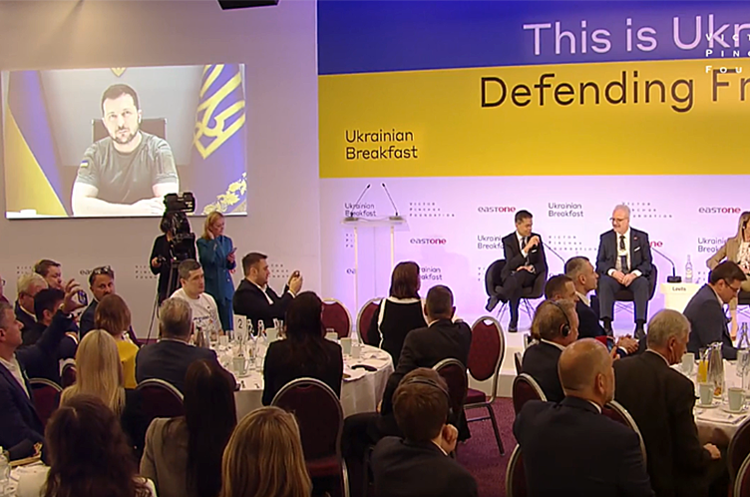 What happened? President Volodymyr Zelensky stated that China had chosen to be on the sidelines of the russo-Ukraine war. For now, Ukraine sits well with such an agenda.

Source. He addressed the issue during Live coverage during the Ukrainian breakfast in Davos.

Details. "In any case, it is better than aiding the russian federation. We would like to believe that China will not pursue any other policies behind our backs. We are okay with the status quo, to be honest."

He also underlined that Ukraine had the most considerable goods turnover exactly with China before the war. Currently, China makes no moves against Ukraine, as Zelensky points out. That being said, nothing suggests that China supports Ukraine either.

Background. In the meantime, Zelensky criticized the West for the lack of unity. He even reproached Hungary for blocking the sixth package of sanctions against russia "while children are dying in Ukraine."

Погода на sinoptik.ua
Last news
The occupiers are trying to take control over the Bakhmut–Lysychansk highway – General Staff of the Armed Forces
19:13
Davyd Arakhamia in Lugano: Ukraine, together with its partners, should provide possibility of insuring risks for business during the war
17:32
European electricity prices reach record highs
14:48
russians attack the Dnipropetrovsk region with seven missiles – the Head of the Military Administration
09:00
The defenders of Ukraine make the enemy retreat after its offensive in the direction of the Vuhlehirsk TPP
19:24
The post-war reconstruction of Ukraine will consist of three stages – Shmyhal
17:34
The war in Ukraine may end in 2023 – Budanov
11:18
russian troops are going to throw all their forces to take control over the Donetsk region
08:40
Ukraine spends 130 billion hryvnias per month on the Armed Forces
20:30
The Armed Forces leave Lysychansk — General Staff
19:50
All news
1543

The occupiers strike the Dnipropetrovsk region, there are damaged houses
6 july 2022
5691