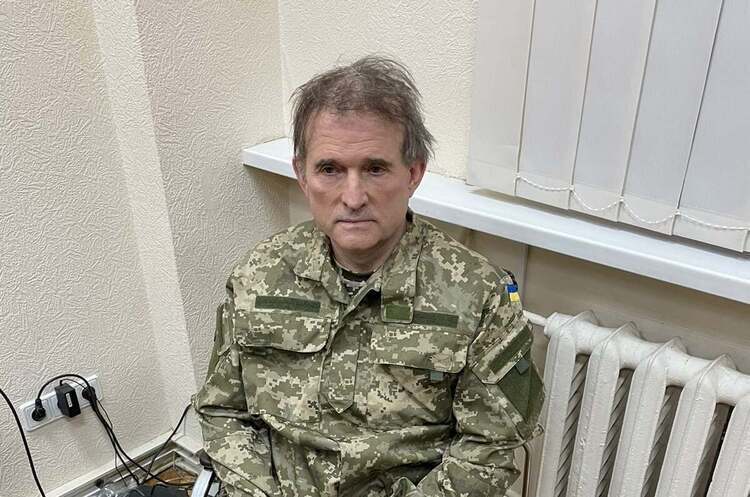 What happened? Investigators of the State Bureau of Investigation (SBI) have completed a pre-trial investigation of criminal proceedings on suspicion of treason, violation of the laws and customs of war by Viktor Medvedchuk, a People's Deputy from the Opposition Platform – For Life (Ukr. OPZZh) political party.

Source. This was reported by the SBI press service

Details. The SBI reminds that Viktor Medvedchuk has been accused of attempting to plunder national values ​​by illegal oil and gas production on the Black Sea shelf together with another MP from the political party Opposition Platform – For Life, a few russian officials and some other figures. They were conducting the production within the occupied territory of the Autonomous Republic of Crimea where, according to the Constitution of Ukraine, oil and gas are the property of the Ukrainian people.

In addition, according to the investigation, the People's Deputy provided assistance to the russian leadership in carrying out subversive activities against Ukraine. He collected information on the location of military formations of Ukraine, conducting combat training activities, provided assistance in involving Ukrainian citizens in the implementation of measures to the detriment of the state to destabilize the socio-political situation in the country.

The accused faces a penalty of imprisonment up to fifteen years with or without confiscation of property.

The pre-trial investigation was carried out by an interdepartmental investigation team consisting of SBI and SSU employees. Procedural guidance was provided by the Office of the Attorney General.

Погода на sinoptik.ua
Last news
Occupiers shell the center of Bakhmut from Uragan multiple rocket launchers, there are casualties
18:44
The Armed Forces of Ukraine strike the bridge near the Kakhovka HPP – Operational Command South
15:16
The Armed Forces destroyed nine enemy aircraft at the Saky airbase
10:28
The enemy is trying to resume the offensive in the Donetsk–Pisky direction
08:25
The Ministry of Finance has placed war bonds worth almost UAH 3.5 billion
20:40
A series of explosions occurred at the military airfield in Crimea – mass media
16:39
russians have failed to advance in Donetsk Oblast over the past month due to lack of infantry – British intelligence
09:40
Night in Nikopol: the russian army fires 120 shells from Grad multiple rocket launcher on the city
09:19
The first ship with Ukrainian grain reaches its destination
12:03
The Armed Forces of Ukraine once again strike the Antonivka Road Bridge – Operational Command South
10:26
All news
5793

The twilight of agroholdings: how the war transforms the agro-industrial complex
Vitaliy Kravchenko - 5 august 2022
3530