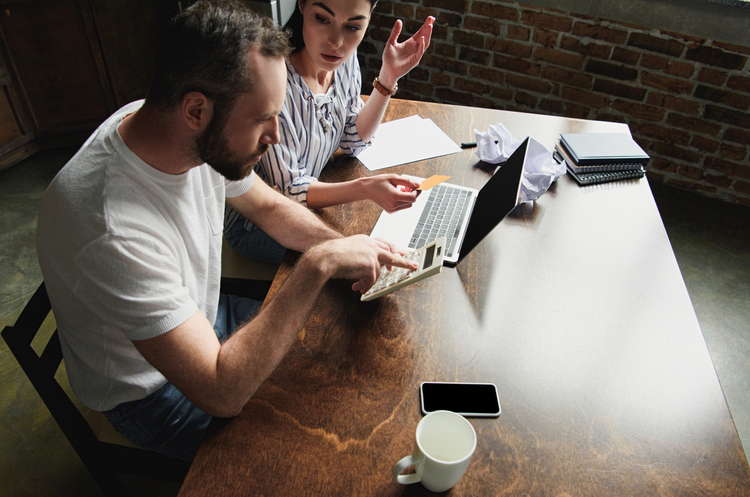 According to the UN data, as of August 8, 2022, more than 6.3 million refugees were recorded outside of Ukraine. A lot of Ukrainians left the country in late February–early March. That means that they are outside our country for about half a year.

Why is it so important to pay attention to this term? Because there is such a concept as tax residency. In simple terms, it is the jurisdiction in which an individual pays taxes on his income.

According to Ukrainian legislation (Article 14 of the Tax Code), a citizen of Ukraine who stays abroad for more than 183 days becomes a tax resident of the country where he stays. Of course, this rule is not universal and there are exceptions to it. However, many refugees may become tax residents of Germany, Czechia, Austria and other countries starting from September 2022 without even knowing it. Mind figured out who, where and what taxes may have to pay.

Who is a tax resident?

This is an individual who declares and pays taxes (first of all, this refers to Personal Income Tax) at the place of his permanent stay or residence. At the same time, you should not confuse residency with citizenship. These are different things. Just as a Ukrainian can be a tax resident of, let's say, Slovakia, so a Slovak can be a tax resident of Ukraine.

Now let's figure out what is the difference between stay and residence (hereinafter we proceed from the norms of Ukrainian legislation). If a taxpayer has a dwelling where he is registered or which he rents for a long period, it is considered his place of permanent residence. At the same time, the Ukrainian State Tax Service grants the status of a tax resident of Ukraine even to those citizens who have permanent residence in several countries.

At the same time, if a person does not live in one place permanently (moves from one rented housing to another), but stays in one country for more than 183 consecutive days, he is given the status of a tax resident of that country, taking into account his permanent stay.

However, there is one more criterion which affects the status of a tax resident. Namely such a concept as the centre of vital interests. “This is the presence of family and social ties, business, political, or cultural activity,” clarifies Valeriy Yefremov, lawyer of the “ASA Group” bar association. For example, a person has a permanent job or business outside of Ukraine, owns real estate somewhere on the French Riviera, etc. In this case, he can also be recognised as a tax resident, even without taking into account 183 days.

How do the tax residency rules function abroad?

The criteria mentioned above are applied not only in Ukraine, but also in many other countries. For instance, such countries as Bulgaria, Poland, Hungary, Lithuania, when granting the status of a tax resident, rely on the time of stay of an individual in the country or pay attention to his economic and business activity.

But in Germany, Latvia, Estonia, Moldova, Turkey, Georgia and the Czech Republic, there is no such criterion as the centre of vital and economic interests. And to acquire the status of a tax resident, it is enough to live on the territory of the state for 183 days a year.

Some countries have decided to meet refugees halfway in the matter of tax residency. Until the end of the war, the Tax Service of Poland will not recognise Ukrainians as Polish tax residents, except in cases when a Ukrainian has independently expressed a desire to become a tax resident of Poland. The Irish tax authority has decided that employees of Ukrainian companies who are staying in Ireland and working remotely will not become tax residents of Ireland.

At the same time, there are states that use forced migration from Ukraine as an excuse to make the refugee pay taxes. “In Italy, for example, a sufficient basis for tax residency is the registration of the place of residence of individuals who have received temporary protection in the local municipality. Meanwhile, compliance with other criteria is not required,” Olena Paliy, a lawyer at Stron Legal Services, gives an example.

The State Tax Administration of Portugal also considers that a refugee becomes a tax resident automatically after receiving temporary protection and a tax number, implying that the refugee will reside in Portugal for more than 183 days.

How to ascertain your status of a tax resident?

In general, you can just wait for the local tax inspectors to knock on your door and ask you to pay taxes. But it is better not to do this. And here's why.

“It may turn out that a citizen of Ukraine works remotely for a Ukrainian company during his stay in Germany (for example – Mind ed.) and receives income. Therefore, he will become the subject of consideration by the tax authorities of the host country,” points out Oleh Shcherbak, lawyer, customs expert at Delta International Services. This may result in the refugee paying taxes on his income in two places at once: in Ukraine and in the country in which he is currently staying.

To avoid this, first and foremost, a Convention on Avoidance of Double Taxation must be signed between Ukraine and the host country (such a document has been concluded with Germany). Secondly, a Ukrainian should consult with the tax service of the host country. It is quite possible that you will have to register for tax accounting, which will result in granting you the status of tax resident of a foreign country.

“As a result, an individual must report income to the tax service of the country of residence and pay tax according to local procedures,” warns Olena Paliy.

How to avoid problems with the Ukrainian tax service?

Lawyers warn: even after 183 days, there is still a possibility that the STS will continue to consider the refugee a tax resident of Ukraine.

“All Ukrainians usually have a registered place of residence in Ukraine. Consequently, the tax office considers them as tax residents of Ukraine. Therefore, acquiring the status of a tax resident in a foreign country does not entail the loss of this status for the STS,” recounts Valeriy Yefremov.

To avoid such a situation, you need to provide Ukrainian tax officials with proof of your residence in another country. For example, documents on housing rent. Or a long-term/permanent residence permit issued by the consulate or government agencies that deal with migration issues.

If it happened that taxes were paid twice – in the country of residence and in Ukraine, where the employer “deduct” personal income tax from your salary – you can try to return part of this sum.

Until May 1, 2023 (this is the year following the 2022 tax year), it is necessary to provide the Ukrainian State Tax Service with an income statement. “It contains a demand to the Ukrainian tax service for the return of mispaid personal income tax. A certificate on the amount of tax and fee paid, as well as on the base and/or object of taxation, issued by the tax authority of another country, should be added to the declaration. It should also be taken into account that the mentioned certificate is to be the subject to legalisation in the corresponding country, for example by affixing an apostille,” Olena Paliy explains.

However, there is still a chance that Ukrainians abroad will not be recognised as tax residents of other countries in the presence of documented refugee status.

“There is an opinion (but it still has no official basis) that the effect of the rules on the conditions for identifying a person as a tax resident of the host country is temporarily suspended until the end of emergency events – hostilities in Ukraine,” states Oleh Shcherbak.

The Ukrainian Ministry of Finance even sent a request to the European Parliament to express a unified position on the tax residency of Ukrainian refugees. So now it only remains to wait for clarifications from the EU.