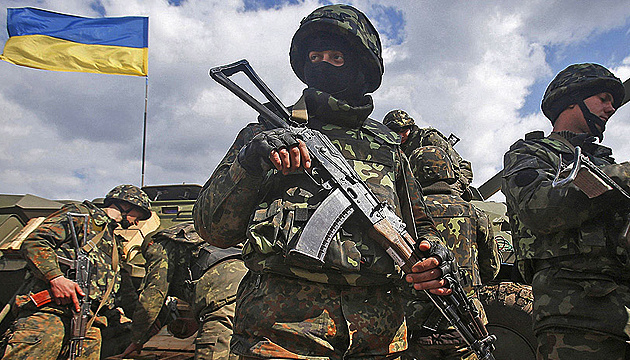 It became known that as of 16 March 2022, the balance on the special fundraising account NBU opened to support the Armed Forces of Ukraine makes nearly UAH 47 million.

Source. This was reported by the National Bank of Ukraine (NBU).

Details. In total, the NBU has already allocated almost UAH 11.8 billion to meet the needs of the military, in particular:

That includes the equivalent of almost UAH 3.4 billion that has been remitted from abroad in foreign currencies. Money has been coming in from people and businesses in Ukraine and from all over the international community (including the U.S., the UK, Germany, Poland, Sweden, Finland, China, France, Canada, Australia, and many other countries).

Those willing to make donations to support the Ukrainian Army can use the payment details or a template for the card payment.

Погода на sinoptik.ua
Last news
The occupiers are trying to take control over the Bakhmut–Lysychansk highway – General Staff of the Armed Forces
19:13
Davyd Arakhamia in Lugano: Ukraine, together with its partners, should provide possibility of insuring risks for business during the war
17:32
European electricity prices reach record highs
14:48
russians attack the Dnipropetrovsk region with seven missiles – the Head of the Military Administration
09:00
The defenders of Ukraine make the enemy retreat after its offensive in the direction of the Vuhlehirsk TPP
19:24
The post-war reconstruction of Ukraine will consist of three stages – Shmyhal
17:34
The war in Ukraine may end in 2023 – Budanov
11:18
russian troops are going to throw all their forces to take control over the Donetsk region
08:40
Ukraine spends 130 billion hryvnias per month on the Armed Forces
20:30
The Armed Forces leave Lysychansk — General Staff
19:50
All news
1520

The occupiers strike the Dnipropetrovsk region, there are damaged houses
6 july 2022
5455