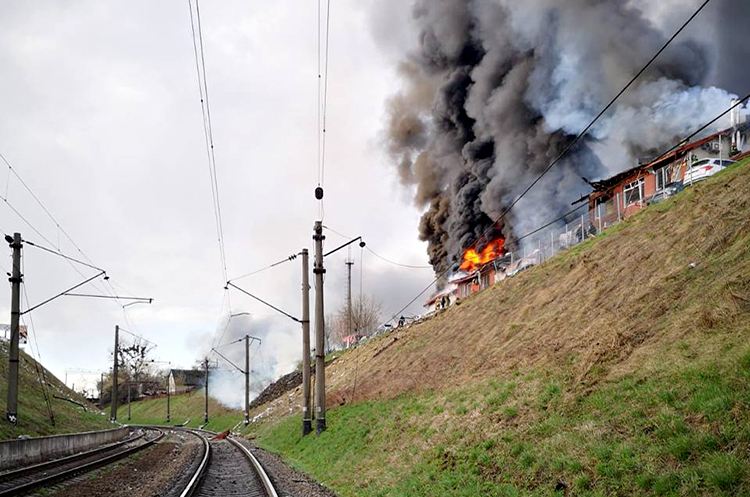 What happened? On the morning of April 18, 5 missile strikes were launched on Lviv. Several of them hit near the railway station.

Source. This was announced by the Chairman of Ukrainian Railways Oleksandr Kamyshin.

Details. There are no casualties among passengers and railway workers. Train traffic in Lviv has resumed, there will be minor delays.

“The situation at the railway station is under control,” Ukrainian Railways report.

According to preliminary data from the head of the Lviv Regional State Administration Maksym Kozytskyi, as a result of missile attacks on the city six people were killed and eight were injured, including a child.

The Presidential Office noted that the civilian infrastructure in Lviv was damaged.

“The russians continue to barbarically attack Ukrainian cities from the air, cynically declaring to the whole world about their “right”... to kill Ukrainians,” said Mykhailo Podolyak, an adviser to the President of Ukraine Volodymyr Zelensky.

Background. Earlier it was informed that the troops of the russian federation launched 5 aimed missile strikes on Lviv.