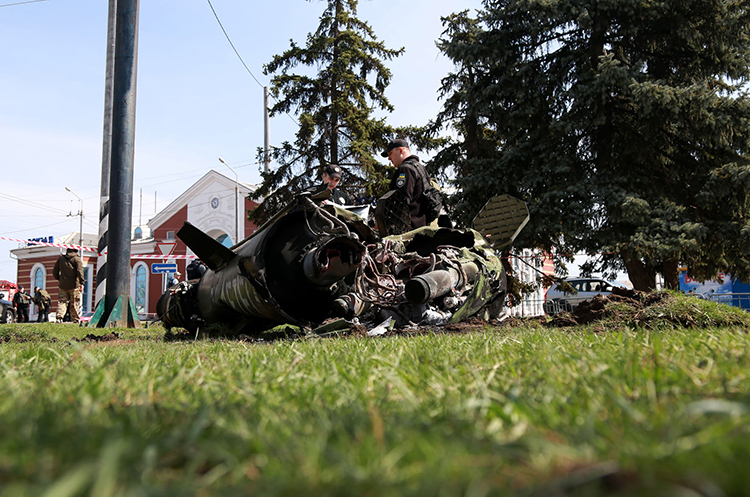 What happened? The Security Service of Ukraine proved that on April 8, the russians launched a rocket from the occupied Donetsk region at the Kramatorsk railway station, which killed 61 people and injured 121 more.

Source. This was reported on Facebook by the SSU press service.

Details. Thanks to a number of studies of the missile's flight trajectory and its detailed analysis, law enforcement officers found out that the strike was carried out from the Donetsk region.

Specialists found evidence that the russians used a guided single-stage 9M79-1 solid-propellant missile with a cluster warhead to fire. It is known as “TochkaU”.

Several “TochkaU” missile complexes have been used in the occupied Donbass for 8 years.

“The security service has received irrefutable evidence of the russian occupiers' involvement in the shelling of the railway station on April 8, which killed 61 people and injured 121.

Despite the fact that russian propaganda is trying to shift responsibility for the crimes committed by russia, the real facts are fully documented,” the press service added.

Background. According to the United States, the missile that hit the Kramatorsk railway station was a short-range ballistic missile fired from a russian position on the territory of Ukraine.

Погода на sinoptik.ua
Last news
The occupiers are trying to take control over the Bakhmut–Lysychansk highway –
19:13
Davyd Arakhamia in Lugano: Ukraine, together with its partners, should provide possibility of insuring risks for business during the war
17:32
European electricity prices reach record highs
14:48
russians attack the Dnipropetrovsk region with seven missiles – the Head of the Military Administration
09:00
The defenders of Ukraine make the enemy retreat after its offensive in the direction of the Vuhlehirsk TPP
19:24
The post-war reconstruction of Ukraine will consist of three stages – Shmyhal
17:34
The war in Ukraine may end in 2023 – Budanov
11:18
russian troops are going to throw all their forces to take control over the Donetsk region
08:40
Ukraine spends 130 billion hryvnias per month on the Armed Forces
20:30
The Armed Forces leave Lysychansk — General Staff
19:50
All news
4888

Ukrainian flag returns to Zmiiny Island: the territory is again under the jurisdiction of Ukraine
4 july 2022
6293