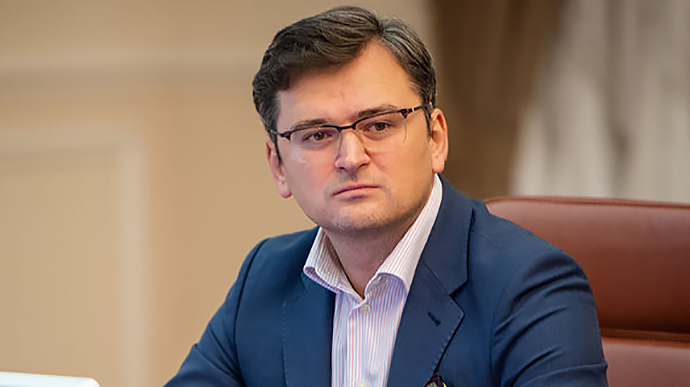 It is informed that NATO is unlikely to dare to forcefully unblock Ukraine's maritime food exports.

Source. This was announced by Minister of Foreign Affairs Dmytro Kuleba, Interfax-Ukraine reports.

Details. “If NATO did not close the skies over Ukraine during the most tragic moments of the war, then why will it open the sea now so that it can be possible to export without hindrance?” he said during the Ukrainian breakfast in Davos, where the World Economic Forum was taking place.

“I will greet you with all my heart, but I do not think that there will be enough strength and courage to find such a forceful solution,” Kuleba said.

At the same time, he declared that Ukraine was looking for a solution to that problem. According to him, if the agricultural cycle is interrupted, it will lead to long-term food problems in the world.

The Minister stressed the unpredictability of russia's behavior even in the case of signing a guarantee of peaceful passage.

Погода на sinoptik.ua
Last news
The occupiers are trying to take control over the Bakhmut–Lysychansk highway – General Staff of the Armed Forces
19:13
Davyd Arakhamia in Lugano: Ukraine, together with its partners, should provide possibility of insuring risks for business during the war
17:32
European electricity prices reach record highs
14:48
russians attack the Dnipropetrovsk region with seven missiles – the Head of the Military Administration
09:00
The defenders of Ukraine make the enemy retreat after its offensive in the direction of the Vuhlehirsk TPP
19:24
The post-war reconstruction of Ukraine will consist of three stages – Shmyhal
17:34
The war in Ukraine may end in 2023 – Budanov
11:18
russian troops are going to throw all their forces to take control over the Donetsk region
08:40
Ukraine spends 130 billion hryvnias per month on the Armed Forces
20:30
The Armed Forces leave Lysychansk — General Staff
19:50
All news
1542

The occupiers strike the Dnipropetrovsk region, there are damaged houses
6 july 2022
5669