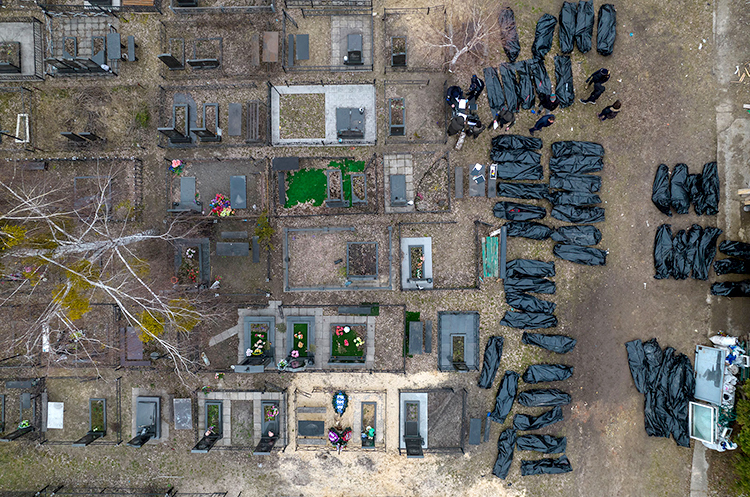 What happened? The European Union, the United States and the United Kingdom have announced the establishment of the Atrocity Crimes Advisory Group ACA in Ukraine.

Source. This is said in a statement by the US State Department.

Details. The Commission will support the work of the Prosecutor General's Office of Ukraine in documenting, storing and analyzing evidence of crimes committed by russian servicemen in Ukraine in order to bring them to justice.

“The ACA will reinforce current EU, US and UK efforts to further accountability for atrocity crimes in the context of russia’s ongoing war of aggression against Ukraine. It advances commitments made by the European Union, the United States, and the United Kingdom to demonstrate international support and solidarity at this crucial historical moment for Ukraine,” the statement says.

“The ACA seeks to streamline coordination and communication efforts to ensure best practices, avoid duplication of efforts, and encourage the expeditious deployment of financial resources and skilled personnel to respond to the needs of the OPG as the legally constituted authority in Ukraine responsible for dealing with the prosecution of war crimes on its own territory,” it is stated.

“It is critical to ensure that all those responsible for the terrible atrocities committed during the unprovoked russian military aggression in Ukraine are brought to justice. There can be no impunity for war crimes,” says EU Foreign Minister Josep Borrel.

Погода на sinoptik.ua
Last news
Occupiers shell the center of Bakhmut from Uragan multiple rocket launchers, there are casualties
18:44
The Armed Forces of Ukraine strike the bridge near the Kakhovka HPP – Operational Command South
15:16
The Armed Forces destroyed nine enemy aircraft at the Saky airbase
10:28
The enemy is trying to resume the offensive in the Donetsk–Pisky direction
08:25
The Ministry of Finance has placed war bonds worth almost UAH 3.5 billion
20:40
A series of explosions occurred at the military airfield in Crimea – mass media
16:39
russians have failed to advance in Donetsk Oblast over the past month due to lack of infantry – British intelligence
09:40
Night in Nikopol: the russian army fires 120 shells from Grad multiple rocket launcher on the city
09:19
The first ship with Ukrainian grain reaches its destination
12:03
The Armed Forces of Ukraine once again strike the Antonivka Road Bridge – Operational Command South
10:26
All news
5696

The twilight of agroholdings: how the war transforms the agro-industrial complex
Vitaliy Kravchenko - 5 august 2022
3344