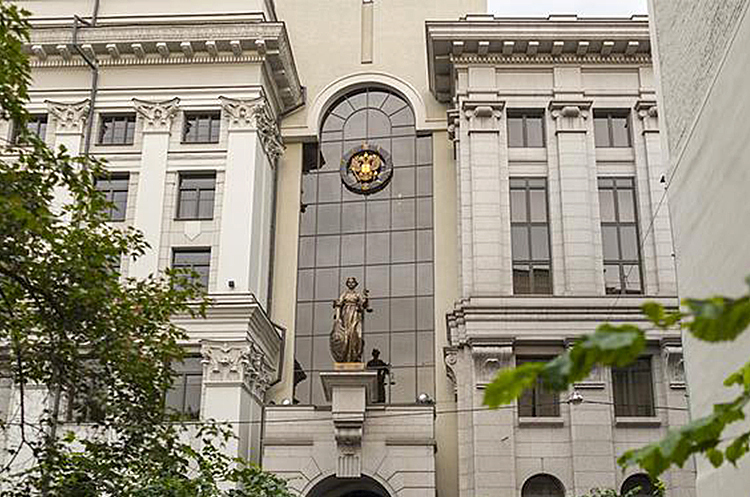 What happened? At the request of the Prosecutor General's Office of the russian federation, the Supreme Court of russia recognized the Ukrainian armed group "Crimean Tatar Volunteer Battalion named after Noman Chelebidzhikhan" as a terrorist organization.

Details. "The court has satisfied the corresponding claim of the Prosecutor General's Office," the news agency was told.

Noman Chelebidzhikhan battalion, operating in the peripheral areas of the Kherson region, was established in 2015 at the initiative of Lenur Isliamov. In 2014, Isliamov served as Deputy Prime Minister of Crimea and fled to Ukraine following the peninsula's annexation.

The russian authorities opened a criminal case against him because they saw him as one of the orchestrators of the Crimea food and energy blockade. He has been put on the federal wanted list.

Погода на sinoptik.ua
Last news
Occupiers shell the center of Bakhmut from Uragan multiple rocket launchers, there are casualties
18:44
The Armed Forces of Ukraine strike the bridge near the Kakhovka HPP – Operational Command South
15:16
The Armed Forces destroyed nine enemy aircraft at the Saky airbase
10:28
The enemy is trying to resume the offensive in the Donetsk–Pisky direction
08:25
The Ministry of Finance has placed war bonds worth almost UAH 3.5 billion
20:40
A series of explosions occurred at the military airfield in Crimea – mass media
16:39
russians have failed to advance in Donetsk Oblast over the past month due to lack of infantry – British intelligence
09:40
Night in Nikopol: the russian army fires 120 shells from Grad multiple rocket launcher on the city
09:19
The first ship with Ukrainian grain reaches its destination
12:03
The Armed Forces of Ukraine once again strike the Antonivka Road Bridge – Operational Command South
10:26
All news
5793

The twilight of agroholdings: how the war transforms the agro-industrial complex
Vitaliy Kravchenko - 5 august 2022
3530