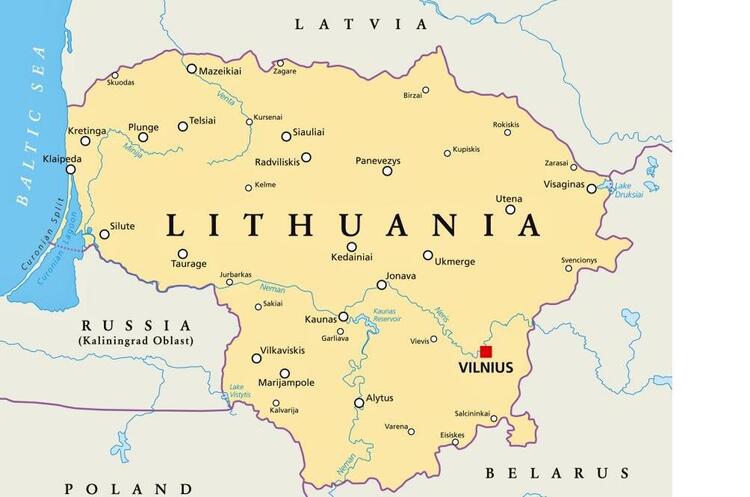 Lithuanian railways stopped the transit of a number of russian goods under EU sanctions to Kaliningrad on Friday night. That was stated by the governor of the Kaliningrad region Anton Alikhanov, the Voice of America reports.

The ban will cover around 50 percent of the items that Kaliningrad imports. Alikhanov said that the additional ships to deliver goods would be required on the ferry line Ust-Luga – Baltiysk.

According to the head of the region, by banning the transit of goods to the Kaliningrad region, Lithuania has grossly violated the rules of its accession to the EU.

Kaliningrad region is a russian enclave bordering Lithuania and Poland. Rail passenger service is carried out through the territory of Lithuania without changes, and planes fly over the Baltic Sea, as the airspace of the EU is closed to russia.

In early June, the European Union adopted a sixth package of sanctions against russia, which, among other things, expanded the list of individuals and organizations to whom the restrictions on dual-use goods and technologies were applied.

In addition, the list of goods and technologies that can contribute to the technological improvement of russia's defense and security sector has been expanded. It includes 80 chemicals that can be used for chemical weapons.

It will be recalled that Lithuania was the first country to recognize the deportation of Ukrainians to russia.

Погода на sinoptik.ua
Last news
Occupiers shell the center of Bakhmut from Uragan multiple rocket launchers, there are casualties
18:44
The Armed Forces of Ukraine strike the bridge near the Kakhovka HPP – Operational Command South
15:16
The Armed Forces destroyed nine enemy aircraft at the Saky airbase
10:28
The enemy is trying to resume the offensive in the Donetsk–Pisky direction
08:25
The Ministry of Finance has placed war bonds worth almost UAH 3.5 billion
20:40
A series of explosions occurred at the military airfield in Crimea – mass media
16:39
russians have failed to advance in Donetsk Oblast over the past month due to lack of infantry – British intelligence
09:40
Night in Nikopol: the russian army fires 120 shells from Grad multiple rocket launcher on the city
09:19
The first ship with Ukrainian grain reaches its destination
12:03
The Armed Forces of Ukraine once again strike the Antonivka Road Bridge – Operational Command South
10:26
All news
5699

The twilight of agroholdings: how the war transforms the agro-industrial complex
Vitaliy Kravchenko - 5 august 2022
3363