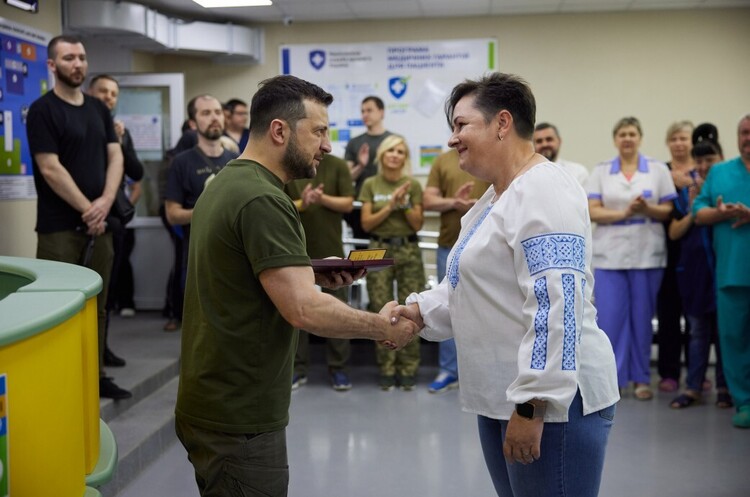 On Sunday, June 18, President of Ukraine Volodymyr Zelensky conducted working visits to the Mykolayiv and Odesa regions in order to get acquainted with the situation there. This was reported by the press service of the head of state.

The president inspected the building of the Mykolayiv regional state administration which was destroyed as a result of a missile strike of the russian troops.

In March the missile struck the building of the Mykolayiv Regional State Administration, 37 people were killed.

Volodymyr Zelensky instructed to provide the necessary assistance to the families of the killed during the shelling of the building.

Russian troops reached the outskirts of Mykolaiv in early March, but were then pushed back to the eastern and southern outskirts of the region, where hostilities continue.

During a meeting the state of economy of Mykolaiv region, as well as the ways of dealing with infrastructural issues were discussed. In particular, it was an issue of resumption of water supply of the regional center which will be quite a complicated process because of damages of water supply networks owing to enemy attacks.

In addition, attention was paid to the agricultural situation, in particular the problems related to this year's harvest and the provision of fuel to farms.

The participants of the meeting discussed threats of the attacks from the unrecognized Transnistria and from the sea, as well as the situation on Snake Island. Special attention was paid to the logistical support and defense needs of Prymorye separate group of troops.

Zelensky also visited the ambulance hospital of the city of Mykolaiv, talked to servicemen and civilians who were provided with medical care there after injuries as a result of enemy shelling.

The President also visited the leading positions of Ukrainian troops near Mykolayiv and thanked them for defending Ukraine.

The President presented state awards to the chairman of the Mykolayiv Regional State Administration Vitaliy Kim and the Mayor of Mykolaiv Oleksandr Senkevich, medical workers of the Mykolaiv region and departments of the MIA.

During a working visit to the Odesa region, President Zelensky inspected the strong point, weapons and the shooting range of the MIA.

At the meeting the report on the consequences of missile strikes by the russian occupiers in the Odesa region was listened to. The victims of the shelling were 55 residents of the region, a number of infrastructure facilities were destroyed.

In addition, the issues of work of industrial enterprises of the region during the russian aggression were discussed.

The participants of the meeting listened to information from the Commander of the Naval Forces of the Armed Forces of Ukraine Oleksiy Neizhpapa on the security situation in the Black Sea and the provision of Navy units.

The head of state also inspected a residential building that was damaged on April 23 as a result of an enemy missile strike. Eight people were killed, including a three-month-old baby. Volodymyr Zelensky got acquainted with the course of restoration works.

“This is a terrible, terrible crime, the aggressor kills and maims our people. We need to restore this house so that the residents can return to their homes,” the President said.

In Odesa, the head of state also visited the wounded servicemen in one of the city's hospitals and handed out the awards to them.

While russia and Ukraine have focused most of their efforts on fighting for control of the eastern industrial region of Donbass, the fate of Ukraine's Black Sea coastline in Odesa and Mykolaiv is crucial to securing the country's economic future.

Погода на sinoptik.ua
Last news
The occupiers shelled Mykolaiv and Odesa at night
09:45
The enemy shelled residential areas of Nikopol with MLRSs and cannon artillery: four people injured
17:35
A possible emergency at the ZNPP will lead to the evacuation of 400,000 residents of Zaporizhzhia and Dnipropetrovsk oblasts
13:27
Fire broke out in Jankoy area in Crimea
09:33
The enemy suffered significant casualties in the South Buh direction and retreated – General Staff
08:36
The Verkhovna Rada adopts the law on customs visa-free regime
16:40
Verkhovna Rada has increased defence expenditure from the state budget by UAH 270 billion
15:59
Verkhovna Rada supports the extension of martial law
14:24
The budget for 2023 will be extremely tough – the Minister of Finance
13:07
The enemy is actively conducting offensive actions in the Kramatorsk and Bakhmut directions
08:33
All news
3057 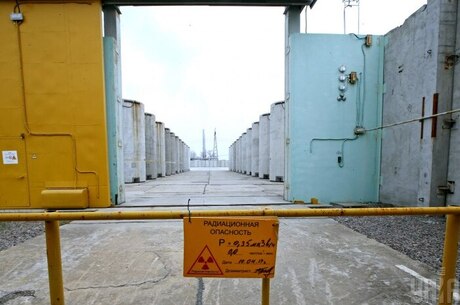 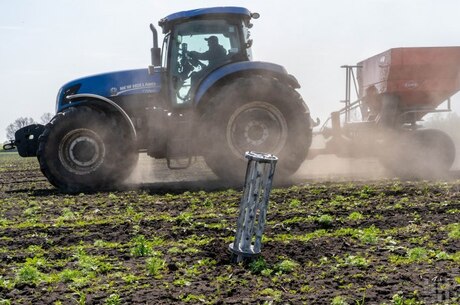