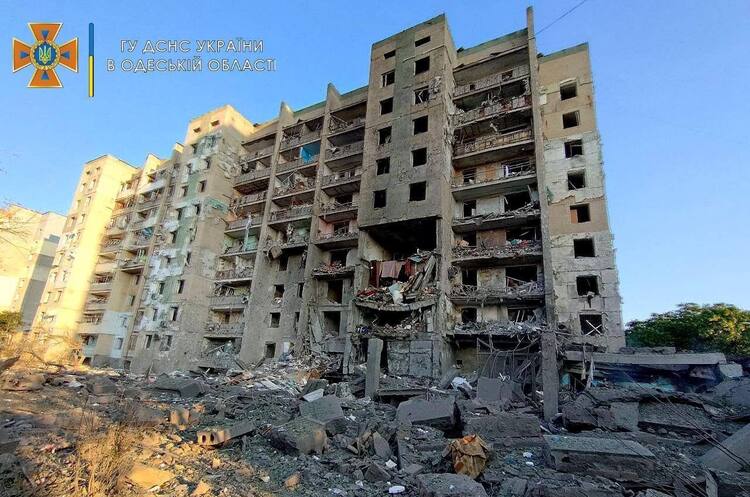 What happened? At night, the russian military launched missile strikes on the Odesa region. Currently, 18 people are known to have been killed, including two children.

Source. This was reported by the deputy head of the Office of the President Kyrylo Tymoshenko.

Details. It is also reported that 30 people were injured. Among them are three children and a pregnant woman.

russian Tu-22 aircraft fired three Kh-22 missiles from the Black Sea at the Bilhorod-Dnistrovskyi district of the Odesa region. Missiles hit two recreation centers and one nine-story building in the village of Serhiivka.

Previously. From the update of the General Staff, it became known that being ready for launching missile strikes on objects on the territory of Ukraine, the enemy continued to keep three carriers of high-precision weapons.

Погода на sinoptik.ua
Last news
A series of explosions occurred at the military airfield in Crimea – mass media
16:39
russians have failed to advance in Donetsk Oblast over the past month due to lack of infantry – British intelligence
09:40
Night in Nikopol: the russian army fires 120 shells from Grad multiple rocket launcher on the city
09:19
The first ship with Ukrainian grain reaches its destination
12:03
The Armed Forces of Ukraine once again strike the Antonivka Road Bridge – Operational Command South
10:26
The enemy keeps trying to attack Donbas, but has no success – the General Staff of the Armed Forces of Ukraine
08:30
The Armed Forces repulse an enemy assault near Virnopillia
20:25
The russians shelled the ZNPP again, one person injured
13:44
The russian army strengthens air defence in belarus – General Staff
09:34
The defenders of Ukraine destroyed at least six russian ammo depots in the Kherson Oblast – Operational Command South
10:38
All news
5522