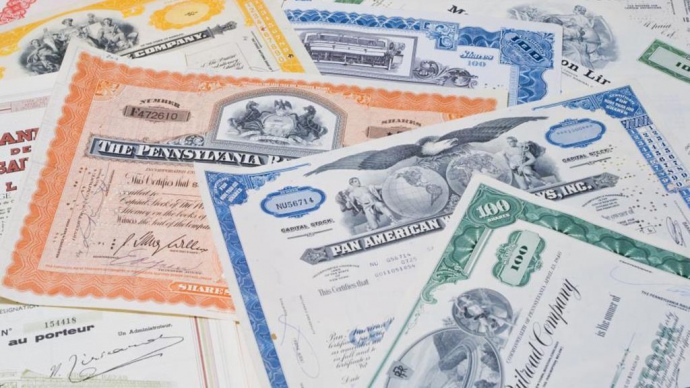 What happened? Ukrainian Eurobonds have been falling in price for six weeks, since heavy fighting with russian forces in Donbas has begun. Only on Friday, as part of the correction of their quotations, they increased by an average of 1.7%, but in general during the week they fell by 8.1%.

Source. This was stated by Bloomberg, Interfax-Ukraine reports.

Details. Among dollar-denominated Eurobonds, the shortest bond papers maturing in September this year fell the most in price – minimum by 13.5% and maximum by 54.4% of the face value, but due to the proximity of the maturity date, the rate on them jumped by 537.1% per annum against 336.6% per annum a week earlier

These bonds were not affected even by the correction at the end of the week: on Friday they fell in price by 6.2%.

All other Eurobonds of Ukraine are quoted in the range from 25.7% to 27% of the face value, which is on average 2.3 percentage points lower than a week ago.

The price of GDP warrants, which at the beginning of June was close to the maximum since the beginning of the war – 38.8% of the nominal value (compared to 60% before the war), ended this week at the level of 27.5%. Thanks to Friday's 7.2% rebound, they are down just 0.4% for the week overall.

In general, over the past six weeks, Ukrainian Eurobonds have fallen in price by a third, while GDP warrants have fallen by almost 29%.

Background. During the previous week, Ukrainian Eurobonds lost 7.7% in price. At the same time, the decision of the European Commission to recommend granting Ukraine the status of a candidate in the EU stopped the fall for a while.

Погода на sinoptik.ua
Last news
A series of explosions occurred at the military airfield in Crimea – mass media
16:39
russians have failed to advance in Donetsk Oblast over the past month due to lack of infantry – British intelligence
09:40
Night in Nikopol: the russian army fires 120 shells from Grad multiple rocket launcher on the city
09:19
The first ship with Ukrainian grain reaches its destination
12:03
The Armed Forces of Ukraine once again strike the Antonivka Road Bridge – Operational Command South
10:26
The enemy keeps trying to attack Donbas, but has no success – the General Staff of the Armed Forces of Ukraine
08:30
The Armed Forces repulse an enemy assault near Virnopillia
20:25
The russians shelled the ZNPP again, one person injured
13:44
The russian army strengthens air defence in belarus – General Staff
09:34
The defenders of Ukraine destroyed at least six russian ammo depots in the Kherson Oblast – Operational Command South
10:38
All news
5522