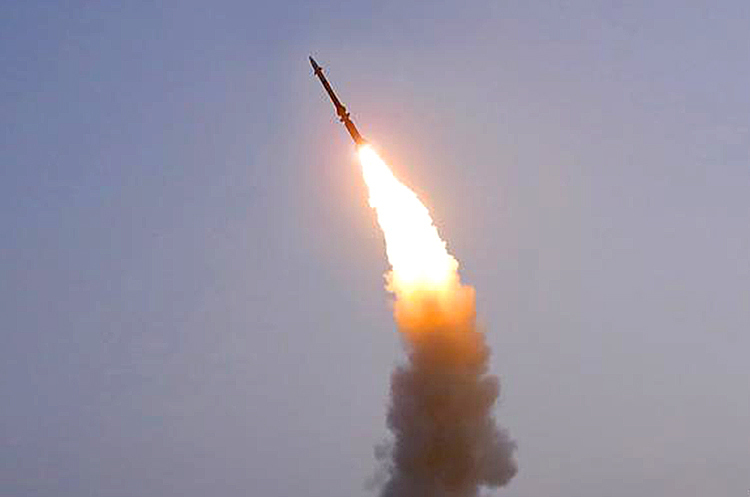 What happened? On the morning of July 5, the russians launched seven missiles on the Dnipropetrovsk region. Six of them were shot down by the air defense.

Source. This was reported by the head of the Military Administration of Dnipropetrovsk region Valentyn Reznichenko.

Details. One missile destroyed houses in the residential sector of Pokrov city.

“The enemy struck the Dnipropetrovsk region with missiles this morning. Our “friendly neighbour” launched seven missiles on us! Six of them were intercepted by our soldiers over Dnipro and over the Synelnykove district,” Reznichenko wrote in his Telegram channel.

He noted that the fragments of the intercepted missile caused a fire in the city of Dnipro, which was extinguished by rescuers. Fortunately there were no casualties.

The private sector in the city of Pokrov sustained damage as a result of the attack. Several houses were destroyed, glass was broken in several more. State Emergency Service responders and police are working at the site of the attack. According to preliminary information, there were no casualties,” said the Head of the Military Administration.

Previously. The enemy's efforts in the Donetsk direction were focused on establishing control over the territory of the Luhansk region.

Погода на sinoptik.ua
Last news
Kim: the command of russian troops in the Kherson Oblast left soldiers on the right bank of the Dnipro and is moving to the left one
22:30
The russians drove the Pion self-propelled gun with the flag of Ukraine to Energodar for provocations - intelligence
13:31
ISW: Ukrainian forces destroyed the last functioning bridge russian forces used to transport military equipment from Kherson Oblast
10:46
As a result of shelling of Kramatorsk, 2 people died and 13 were injured
20:54
The occupiers launched 5 missiles at Zaporizhzhia
20:39
Ukraine takes back bodies of 522 defenders who were listed as missing ones
13:59
Ukrainian agricultural products will bring the biggest export revenues despite the war
10:00
The Armed Forces destroyed the enemy's ammo depot in Kherson Oblast and eliminated 19 occupiers
08:23
About 13,000 belarusian soldiers agreed to fight against Ukraine on the side of the russians
17:05
Backup power supply line restored at the ZNPP
12:53
All news
1943