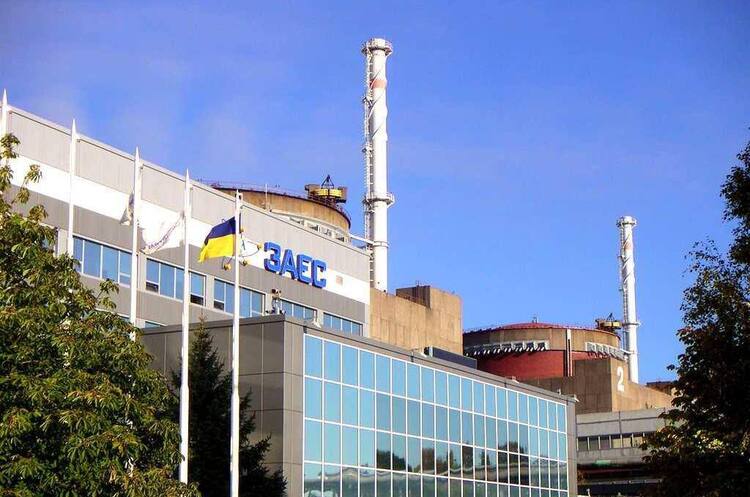 What happened? The enemy's actions during the five-month occupation of the largest nuclear power plant in Europe – the Zaporizhzhia NPP – undermined the safety of the plant's normal operation. The intentions of the russian army remain unclear.

Source. The intelligence of the Ministry of Defense of Great Britain.

Details. It is noted that russian troops are probably operating in the regions adjacent to the power station and have used artillery units based in the area of ​​the ZNPP to target Ukrainian territory on the western bank of the Dnipro river.

British intelligence officers assume that russian forces are using the wider area, in particular the adjacent city of Enerhodar. There russia has rested its forces, utilising the protected status of the nuclear power plant to reduce the risk of overnight Ukrainian attacks.

Previously. It became known that the temporarily occupied ZNPP had become completely out of control of the International Atomic Energy Agency. So the IAEA under the UN intended to send an international mission to the nuclear power plant, as the russian occupiers planned to transfer the Zaporizhzhia nuclear power plant under the control of Rosatom starting from September 1.

Текст: ,
ZNPP Russian war in Ukraine
Stay tuned for business and economy news on our Telegram-channel Mind.ua and the Google NEWS feed
Related stories
Shmyhal instructed to supply the population with electricity only after critical infrastructure, defence facilities and businesses
The situation in the power system remains complicated but under control – Ukrenergo
Defence Forces repelled russian attacks in the areas of Bilohorivka, Luhansk Oblast, as well as Klishchiyivka and Maryinka, Donetsk Oblast
Погода
Погода у Києві

Погода на sinoptik.ua
Last news
Putin says russia may resort to a new nuclear doctrine – preemptive strike
19:45
Shmyhal instructed to supply the population with electricity only after critical infrastructure, defence facilities and businesses
17:35
90% of trade industry of Ukraine resumed work – research
15:32
“We are all preparing for the reconstruction of Ukraine”: Polish-French Economic Forum has started in Krakow
13:51
Ukraine shipped 25 000 tonnes of wheat to Somalia within the GrainFromUkraine programme
12:47
The situation in the power system remains complicated but under control – Ukrenergo
12:32
Defence Forces repelled russian attacks in the areas of Bilohorivka, Luhansk Oblast, as well as Klishchiyivka and Maryinka, Donetsk Oblast
08:33
The Kyiv City Council renamed Druzhby Narodiv Boulevard and 31 other streets of the capital
16:02
The National Bank admits deterioration of the macroeconomic forecast due to new russian attacks on the energy infrastructure of Ukraine
15:25
Officially, the aggressor side reported only about “damage to the skin” of two aircraft
08:47
All news
759