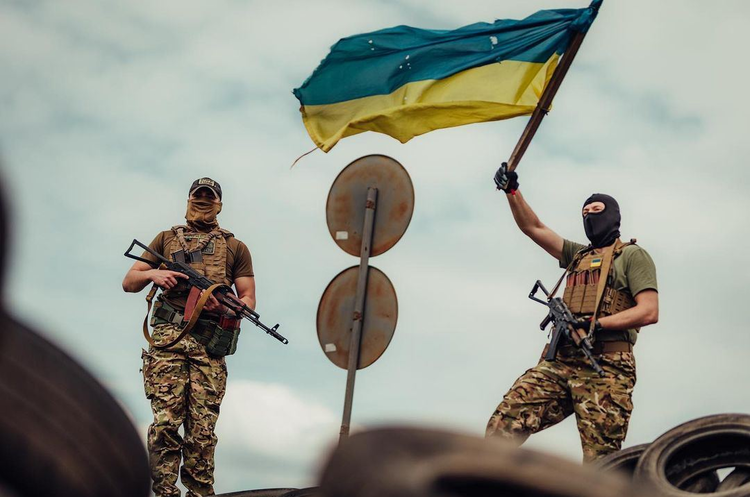 What happened? The Armed Forces of Ukraine liberated the village of Yatskivka in Donetsk Oblast.

Source. Oleksiy Hromov, representative of the Main Operations Department of the General Staff of the Armed Forces of Ukraine.

Details. The settlement is located on the border with Kharkiv Oblast. It is known that the occupiers continue to shell Yatskivka.

At the same time, defenders of Ukraine regained previously lost positions south of Bakhmut in Donetsk Oblast. According to Mr. Hromov, the situation in this direction is difficult, but under control. The invaders continue to shell the positions of the Armed Forces and try to push the defenders back. The representative clarified that probably the ruscists are going to surround Bakhmut, but the Ukrainian military is restraining the enemy.

Previously. Mind reported that the Armed Forces of Ukraine advanced 110 km deep into Kharkiv Oblast in 5 days of counteroffensive.

Погода на sinoptik.ua
Last news
Putin says russia may resort to a new nuclear doctrine – preemptive strike
19:45
Shmyhal instructed to supply the population with electricity only after critical infrastructure, defence facilities and businesses
17:35
90% of trade industry of Ukraine resumed work – research
15:32
“We are all preparing for the reconstruction of Ukraine”: Polish-French Economic Forum has started in Krakow
13:51
Ukraine shipped 25 000 tonnes of wheat to Somalia within the GrainFromUkraine programme
12:47
The situation in the power system remains complicated but under control – Ukrenergo
12:32
Defence Forces repelled russian attacks in the areas of Bilohorivka, Luhansk Oblast, as well as Klishchiyivka and Maryinka, Donetsk Oblast
08:33
The Kyiv City Council renamed Druzhby Narodiv Boulevard and 31 other streets of the capital
16:02
The National Bank admits deterioration of the macroeconomic forecast due to new russian attacks on the energy infrastructure of Ukraine
15:25
Officially, the aggressor side reported only about “damage to the skin” of two aircraft
08:47
All news
973