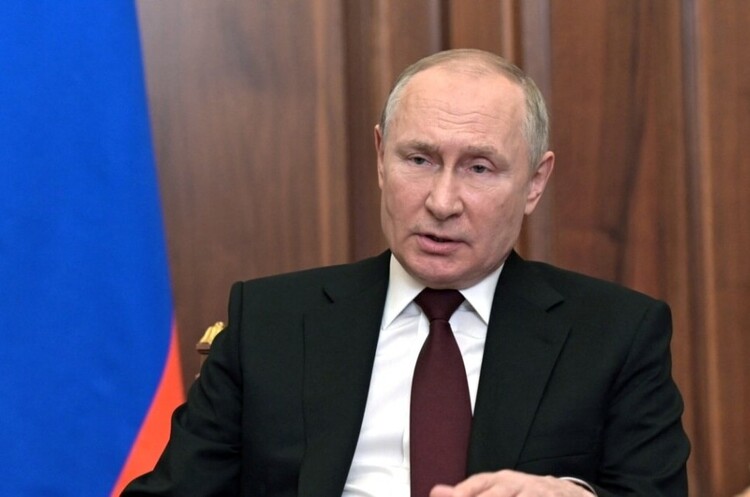 What happened? In recent weeks, russian dictator vladimir putin has been personally engaged in strategic planning for the war in Ukraine. In particular, he did not allow the command of the russian troops to retreat from Kherson.

Details. The publication notes that the withdrawal from Kherson would allow the russian military to pull back across the Dnieper River in an orderly way, preserving its equipment and saving the lives of soldiers.

At the same time, this step would be another humiliating public admission of defeat in the war and would bring Ukraine its second major victory in a month.

The New York Times points out that Kherson was the first major Ukrainian city captured in February, and still remains the only regional capital occupied by the russian federation after a full-scale invasion. So its liberation would be a major accomplishment for President of Ukraine Volodymyr Zelensky.

The refusal to retreat had a bad effect on the morale of the russian military, which was mostly cut off from the supply lines and the main grouping, which was located beyond the Dnieper River.

Focused on victory at all costs, Mr. Putin has become a more public face of the war as the russian military appears increasingly in turmoil.

This forced putin to announce a partial mobilization to attract 300,000 conscripts. In fact, the russian federation “admitted” that it had too few troops to continue its offensive, suffered from shortages of high-tech weapons, and was unable to gain dominance in the skies.

It is noted that Mr. putin has raised doubts about reinforcing the defence of the russians on the left bank of the Oskil River in Kharkiv Oblast. He has opposed pulling back there because he “is reluctant to hand anything to Mr. Zelensky that looks like a win”.

Погода на sinoptik.ua
Last news
Putin says russia may resort to a new nuclear doctrine – preemptive strike
19:45
Shmyhal instructed to supply the population with electricity only after critical infrastructure, defence facilities and businesses
17:35
90% of trade industry of Ukraine resumed work – research
15:32
“We are all preparing for the reconstruction of Ukraine”: Polish-French Economic Forum has started in Krakow
13:51
Ukraine shipped 25 000 tonnes of wheat to Somalia within the GrainFromUkraine programme
12:47
The situation in the power system remains complicated but under control – Ukrenergo
12:32
Defence Forces repelled russian attacks in the areas of Bilohorivka, Luhansk Oblast, as well as Klishchiyivka and Maryinka, Donetsk Oblast
08:33
The Kyiv City Council renamed Druzhby Narodiv Boulevard and 31 other streets of the capital
16:02
The National Bank admits deterioration of the macroeconomic forecast due to new russian attacks on the energy infrastructure of Ukraine
15:25
Officially, the aggressor side reported only about “damage to the skin” of two aircraft
08:47
All news
953