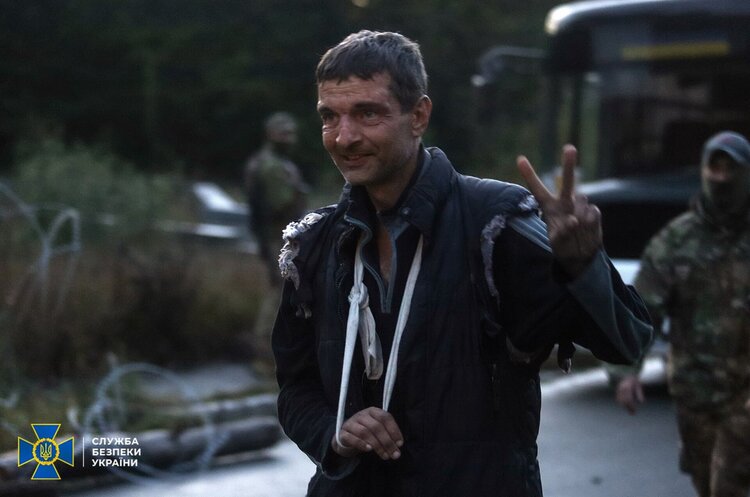 What happened? Released from russian captivity Ukrainian military personnel are in a very serious condition, most of them have a severe form of anorexia.

Source. Ukrainska Pravda, referring to Olena Tolkachova, the head of the charity foundation which cares for the Azov Regiment.

Details. According to Olena Tolkacheva, the servicemen are in a “state of shock” and almost all of them suffer from “severe form of anorexia.”

“There are cases when relatives cannot recognise them. Our guys are weakened, they have severe injuries, many occult fractures, and there are also cases of exacerbation of chronic diseases,” said Ms. Tolkachova.

“The team of doctors works in the most coordinated way so as not to miss a single bruise, a single scratch,” she added.

Currently, military personnel are provided with medical assistance, many of them are already undergoing treatment or rehabilitation.

In addition, according to Ms. Tolkacheva, the state bodies are working on restoring all documents and credit cards that these people can use to receive salaries as soon as possible.

Previously. On September 21, as part of the exchange of prisoners of war with russia, the Ukrainian authorities managed to free 215 servicemen, including the commanders of the defence forces of Mariupol and the Azovstal plant. The captives were exchanged for putin's godfather, pro-Kremlin oligarch Viktor Medvedchuk and 55 russian soldiers.

Текст: ,
Russian war in Ukraine
Stay tuned for business and economy news on our Telegram-channel Mind.ua and the Google NEWS feed
Related stories
Shmyhal instructed to supply the population with electricity only after critical infrastructure, defence facilities and businesses
The situation in the power system remains complicated but under control – Ukrenergo
Defence Forces repelled russian attacks in the areas of Bilohorivka, Luhansk Oblast, as well as Klishchiyivka and Maryinka, Donetsk Oblast
Погода
Погода у Києві

Погода на sinoptik.ua
Last news
Putin says russia may resort to a new nuclear doctrine – preemptive strike
19:45
Shmyhal instructed to supply the population with electricity only after critical infrastructure, defence facilities and businesses
17:35
90% of trade industry of Ukraine resumed work – research
15:32
“We are all preparing for the reconstruction of Ukraine”: Polish-French Economic Forum has started in Krakow
13:51
Ukraine shipped 25 000 tonnes of wheat to Somalia within the GrainFromUkraine programme
12:47
The situation in the power system remains complicated but under control – Ukrenergo
12:32
Defence Forces repelled russian attacks in the areas of Bilohorivka, Luhansk Oblast, as well as Klishchiyivka and Maryinka, Donetsk Oblast
08:33
The Kyiv City Council renamed Druzhby Narodiv Boulevard and 31 other streets of the capital
16:02
The National Bank admits deterioration of the macroeconomic forecast due to new russian attacks on the energy infrastructure of Ukraine
15:25
Officially, the aggressor side reported only about “damage to the skin” of two aircraft
08:47
All news
971