mind
“Let the Force of Current be With You” — Who Will Supply Electricity to Whom Starting From 2019
Special Project
Electricity market reform
PUBLICATIONS
Energy
47757views
Oleh Kilnytskyi, 20 december 2018, 16:00 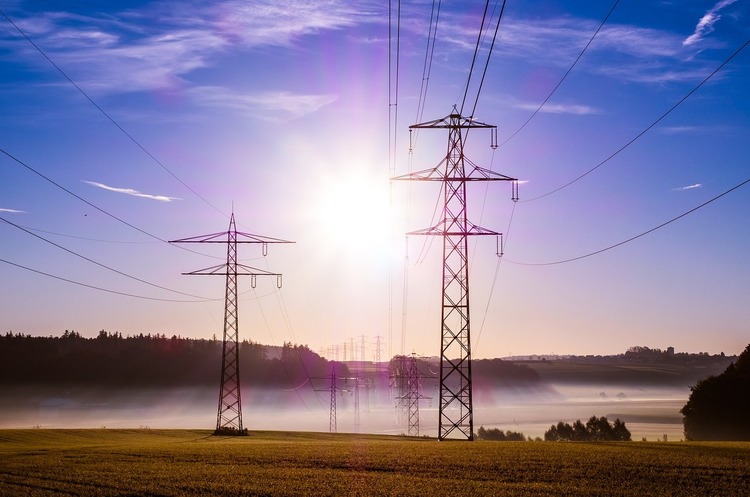 With moans and groans, Ukraine has finalized key documents needed to launch the liberalized model of retail electricity market starting from the New Year. In particular, on December 12, the Cabinet of Ministers approved tender procedures to select a universal service supplier (USS) and the supplier of last resort (SLR). On the same day, the government delegated SLR functions to a state-owned company Ukrinterenergo, as the supplier of last resort is appointed without competition for the initial two years.

Somewhat earlier, on November 23, the Parliament has expanded the list of consumers entitled to purchase electricity from universal service suppliers.

As the Mind has already reported, all former Oblenergos were split into distribution system operators (DSO) and suppliers as a part of the unbundling process. Over the next two years, these suppliers will operate as universal service suppliers (USS). DSOs are involved solely in the technical transmission of electricity and deprived of the right to supply it. The role of USS is the guaranteed supply of electricity to residential and small non-residential consumers. Tariffs for universal service supply will be set by NEURC.

According to the Electricity Market Law, USSs will supply electricity during two years until January 1, 2021, and after that universal service providers will be selected on a competitive basis. In addition to residential and non-residential customers, USSs will supply electricity to other consumer categories as ordinary suppliers. But in this case, kilowatt-hour tariffs are set based on free market pricing, i.e. electricity wholesale price + supplier service price.

Any consumer that has lost a supplier or could not make an electricity supply contract on time is entitled to access the services of the supplier of "last resort", but the duration of these services is limited to three months. During this period, the consumer will have to switch a supplier.

Protecting social interests in the electricity market. Establishing USSs and SLRs is not Ukrainian know-how, as this measure is provided in Directive 2009/72/ЕС of the European Parliament dated July 13, 2009, concerning common rules for the internal market in electricity in the EU countries.

An abstract from Article 3 of Directive 2009/72/ЕС: "Member States shall ensure that all household customers, and, where Member States deem it appropriate, small enterprises (namely enterprises with fewer than 50 occupied persons and an annual turnover or balance sheet not exceeding EUR 10 million), enjoy universal service, that is the right to be supplied with electricity of a specified quality within their territory at reasonable, easily and clearly comparable, transparent and non-discriminatory prices. To ensure the provision of universal service, Member States may appoint a supplier of last resort."

In Ukraine, the provisions of the Directive are implemented in the Electricity Market Law. According to article 62 of the law, the functions of universal service supplier and the supplier of last resort are included in the list of special duties placed on electricity market players to protect social interests.

According to the law, social interests include national security, the continuity of power supply, electricity quality and availability, environmental protection, energy efficiency, RES share increase, as well as life and health protection.

As for universal service suppliers and suppliers of last resort, they are first and foremost expected to ensure the continuity and reliability of electricity supply to consumers.

In addition to USSs and SLRs, the special duties of market participants include obligations to:

Special duties to ensure the increase of RES share are placed on the future Guaranteed Buyer, which will derive from a state-owned company Energorynok, as well as on USSs and DSOs. CHPs themselves will be responsible for the improvement of electricity and heat co-generation effectiveness.

Finally, a transmission system operator (TSO) to be created on the basis of NEC Ukrenergo will be making a forecast of generation capacities development and order the construction of new facilities. Today, Ukrenergo annually issues the Report on Compliance Assessment (Sufficiency) of the Generating Facilities for a 10-year term.

USSs got more lenient conditions. The philosophy behind the creation of USSs and SLRs is to protect consumers in the conditions of the free market. This means protecting both the most vulnerable consumer categories and those who can be affected by electricity suppliers' bankruptcy or misconduct.

Clearly, universal service suppliers should have a certain level of financial stability to ensure the reliable electricity supply, especially since the USS's portfolios will include the most numerous and small-sized clients that are also sluggish in terms of electricity bills payment. The matter is that residential customers who account for 32 percent of total electricity consumption in Ukraine pay on a monthly usage basis for it.

At the same time, former Oblenergos made daily payments to market players for electricity supplied to consumers. For that purpose, Oblenergos had to break down settlement schedules with industrial consumers in such a way that an even inflow of funds during a month was ensured. But starting from 2019, universal service suppliers would lose this opportunity in case a significant number of industrial consumers switched to other independent suppliers.

In view of such a scenario and in case the existing settlement procedure remained unchanged, the universal service suppliers would face a direct threat of bankruptcy and further multi-billion debt accumulation in the electricity market. Considering the revenue of UAH 50 to 70 million for an average USS operating in an agricultural region of Ukraine, the cost of electricity supply to residential and small non-residential consumers accounting for 70 percent of the total customer base in some regions would reach billions of hryvnias.

In the process of consultations between the representatives of USSs, NEURC, and Energorynok, the following question was discussed: where can a supplier take on loans to make settlements with the wholesale market and how to change settlement schedules between its participants?

All in all, the answers to this question were found, and the risks faced by universal service suppliers were minimized as follows:

Firstly, a loyal settlement schedule is provided in electricity purchase contracts between USSs and Energorynok starting from the 20th day of each month. A five-day prepayment in favor of wholesalers will be provided for tor the rest of independent suppliers.

Secondly, NEURC decided to include loan interests in the universal service supplier tariffs. Such interests can be used to close cash gaps that may arise during settlements with residential consumers.

Who will become USSs' new customers? Law No. 2628 dated November 23, 2018, substantially expands the list of consumers who can become the clients of universal service suppliers.

First, due to amendments in the Electricity Market Law, the concept of the small non-residential consumer now includes all enterprises that purchase electricity for their own needs and are connected to a capacity of up to 50 KW.

Second, temporarily, i.e. during the period from January 1, 2019, to December 31, 2020, universal services are also provided to all publicly funded institutions irrespective of their contractual capacity, as well as to all other consumers with a capacity of up to 150 KW.

This expands the universal services business for the next couple of years. It is a rather positive change for low-consuming small enterprises that do not get any special financial benefits after switching a supplier, except for institutional costs. The price of kilowatt-hour offered by various suppliers, excluding the supplier of last resort, will fluctuate in the range of 1.5 percent.

Last resort for three months. The supplier of last resort has been appointed by the Cabinet of Ministers at the very last moment, and many industry experts were surprised to hear Ukrinterenergo's name.

Earlier, the government had tried to impose the SLR role on the state-owned Energoatom and even on the Ukrainian Railways. Energoatom managed to slip off the hook as the SLR duties were far from the nuclear operation organization's core business and only promised additional cash gaps. Apparently, the railway did not show much enthusiasm about the proposed electricity distribution activities for similar reasons.

The key idea behind the search for a candidate capable of becoming the SLR was its liquidity. Eventually, this led to the selection of Ukrinterenergo, a small state-owned electricity exporter.

On December 14, 2018, NEURC set a service fee of 48.6 kopecks per 1 kWh for Ukrinterenergo's SLR services, thus confirming NEURC chairman's Mrs. Oksana Krivenko statement that the supplier of last resort would sell electricity at a price 25 percent higher than other suppliers.

Considering that in accordance with the latest changes publicly funded institutions will temporarily, till January 1, 2020, become USSs' clients, Ukrinterenergo will not suffer from a lack of customers. A different question, however, is that there must be a lot of chronic non-payers who basically don't care how much not to pay for electricity – 25 percent more or 25 percent less. Coal mines and water supply utilities are among them for the most part. So the high SLR tariff is unlikely to cover the supplier's risks of such customers' failure to pay electricity bills.

Anyway, careless clients won't enjoy payment holidays for too long. The Electricity Market Law  restricts the option to buy electricity from the SLR to three months. Moreover, like any other supplier, the supplier of last resort can just disconnect a non-payer at any moment. A different matter, however, is that the public authorities can exert pressure on Ukrinterenergo as the company is an export agent of the Ministry of Energy and Coal Industry. Currently, it is hard to say how Ukrinterenergo will handle the role of a temporary "debt collector" and how it will organize its electricity sale activities.

Looking at the European experience, suppliers of last resort aren't present in all the EU countries. For example, in Sweden, this function is laid upon distribution system operators. They are considered to be more capable of effectively handling last-minute and extremely diverse clients that may appear as a consequence of abrupt bankruptcy of other suppliers, which is not uncommon in competitive markets.

In Serbia, SLR functions are performed by USSs. In Poland, no-one wanted to participate in SLR tenders for a long time. According to experts, it would be good if SLRs' capabilities were reinforced by their own generation capacities. But Ukraine has been following the path of perfect implementation of European directives and is unbundling companies as much as possible. The next months will show whether the strategy pays off.

Fist, the issue of subsidized tariffs for residential customers will persist. An indemnification source should be provided so that a residential consumer could switch from a universal service supplier to another electricity supplier. Such a mechanism has not been established yet.

Second, the profitability of suppliers operating with residential and small non-residential customers is very low. You can't make much money on 200 kilowatt-hours per month, and the customer base management cost is high. So it unlikely that many independent operators will set their eyes on the consumer segment that will be left to universal service suppliers.

As European experience has shown, even in Germany only 20 percent of residential consumers buy electricity from independent suppliers. Other residential suppliers remain the clients of municipal companies.