mind
Billions against epidemic: how pharmaceutical world is weathering the crisis 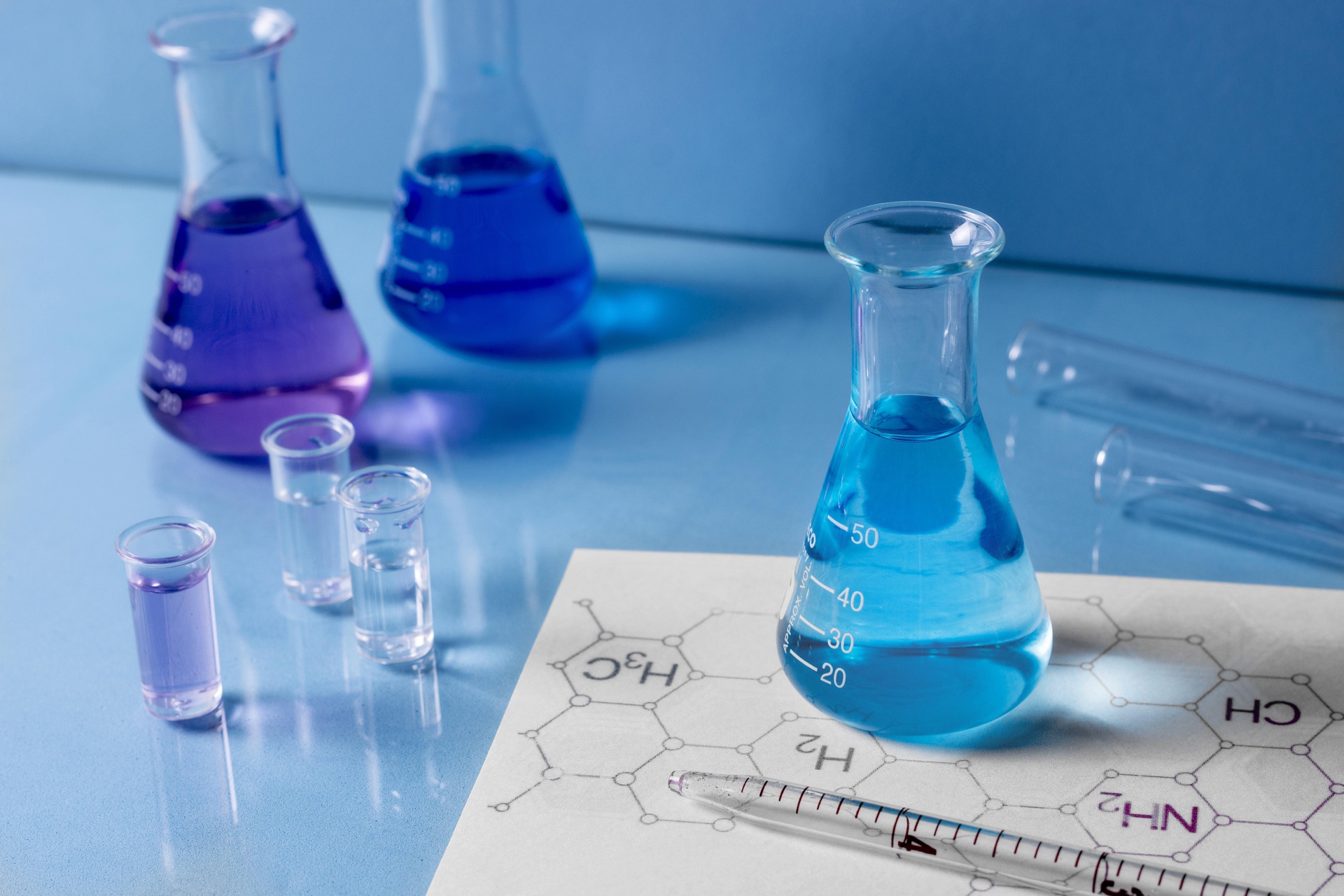 Pharmaceuticals is one of the few areas that suffered less than others from the crisis in 2020, and it is recovering sooner than others. The secret is that in previous years the industry has invested in improving technology and innovation, and this has mitigated the effects of the lockdown and let it quickly adapt to the new reality. The pharma continues to invest heavily in the development of new drugs, digitalization and innovation, as well as in building relationship with consumers.. On the one hand, the average per capita consumption of medicines indicates the development of the healthcare system as a whole in a particular country, on the other – it reflects the solvency of the population.

The hospital market is also growing: its volume reached $0.4 billion in 2019. This is about 4-5% more than in 2018. At the same time, its share in the total sales of drugs is still quite small and amounts to about 11%. The Ukrainian pharmaceutical market is financed mainly by the population. The share of public procurement does not significantly affect its development. At the same time, opioids, cephalosporin antibiotics and infusion solutions are in the lead in public procurement; the latter account for almost a third of hospital purchases.

The consumer in Ukraine trusts domestic producers. In the structure of pharmacy sales 69% are Ukrainian medicines. Given the effective demand, the share of low-priced drugs in the total by-unit volume of pharmacy sales in 2019 came to 39%, the average price drugs – to 36%, the expensive drugs account for 25% of the sales. In 2010, the preponderance of inexpensive drugs was greater – they accounted for 51% of sales.

In monetary terms, the structure of pharmacy sales is dominated by drugs of foreign origin. This is not a surprise, because imported drugs are basically more expensive. But their share is gradually reducing – from 73% in 2010 to 63% in 2019. Accordingly, the share of domestic drugs over the years has increased from 27% to 37%. Both, the import of medicines to Ukraine and their export to other countries are growing. In 2019, import increased by 32% compared to 2016, to $1.72 billion. The largest suppliers of medicines to our country are Germany, India, France, Italy, Slovenia.

Exports have grown by almost 30% in three years, up to $217 million. Uzbekistan, Brazil, Belarus, Kazakhstan, and Moldova are the most active buyers of Ukrainian medicines. It is too early to talk about the results of 2020 for the Ukrainian pharmaceutical industry. Nevertheless, forecasts are good – the market may continue the upward trend in double digits. And that is despite the fact that in March – April, after imposing a quarantine, there was a serious decline.

Do not forget that autumn and winter are the time of seasonal diseases. Under these circumstances there is a surge in consumption of anti-cold and antiviral drugs, immunostimulants. And in the conditions of the COVID-19 epidemic, the population is paying even closer attention to their health. Therefore, it is possible that the IV quarter will bring the market the growth rates, lost in spring and summer.

At the height of the epidemic, there was a shortage of certain medicines in many countries. This happens due to the fact that pharmaceutical companies often don’t produce raw materials for drugs (active pharmaceutical ingredients or APIs), but import them. The key providers of API are China and India. But due to COVID-19, part of the plants did not function all the time and there were difficulties with the supplies due to the closure of borders. Significantly, the Ukrainian market has endured this deficit quite painlessly.

“Ukraine wasn’t bothered much by the logistical problems with supplies of products from India and China. Mainly due to the existence of a fairly powerful local pharma. This worked as an additional buffer: at that stage we had stocks not only of finished pharmaceutical products in the pharmacy segment, but also an additional stock of APIs, products in bulk in the warehouses of Ukrainian pharmaceutical companies. Not to mention the finished products that were stored in the warehouses,” explains Iryna Derevyanko, Ph.D., director of the marketing agency Asap Group.

At the same time, pharmaceutical manufacturers have revised their plans for the production of drugs and disinfectants, adjusting them to the growing demand. For example, in April, Darnitsa began producing the new Paracetamol-Darnitsa series and has accumulated enough stock of the raw materials till the end of the year to be able to produce the intensive care products.

Ukrainian manufacturers directed their efforts also to the study and development of other drugs related to the treatment of coronavirus infection. In May, Ukraine's Health Minister Maksym Stepanov said that five Ukrainian companies were working on coronavirus drugs. “These are Borshchahiv Chemical-Pharmaceutical Plant, Darnitsa, Farmak, Biopharma, and Interchim. Each of them is trying to make a medicine, in particular for symptomatic treatment,” said the minister. He clarified that the listed companies have submitted applications for clinical trials.

“In general, it should be noted that the Ukrainian pharmaceutical market, despite the crisis, is among the top 5 industries in terms of investment intensity. First place is taken by the food industry, in which for every UAH 100 of added value there is UAH 20 of capital investment. The pharma lags behind just a little bit: UAH 19 of investment per UAH 100 of added value,” said Dmytro Shymkiv, the Chairman of the Board of Directors of Darnitsa Group.

In addition, in the fourth quarter of 2019, the increase in investment in the pharmaceutical industry, according to the State Statistics Service, reached 72%. In the first quarter of 2020, the industry received UAH 372 million in investments. Yes, it is less than in previous years, but investments have not been exhausted. Moreover, a great contribution to the development of the industry is made by the manufacturers themselves, who reinvest their profits in research and development.

At the same time, there are issues related to the regulation of the pharmaceutical industry, to the regulatory frameworks, which significantly complicate the introduction of new drugs on the market.

Firstly, the procedure for registering new drugs is complex. To expedite it, it is necessary to digitalize the submission process of the registration form and completely cancel some of the documents (in particular, the GMP certificate of conformity and the so-called amendments 29-30), which are only formal in nature and slow down the registration process.

Secondly, there are issues in the field of medicine patenting. In particular, we are talking about the "evergreen" patents. Re-patenting a drug for which the patent has already expired, with minor changes in its characteristics, significantly reduces the availability of drugs for the population and slows down innovation in the industry. To address this issue, it is necessary to develop a provision for conducting examination of pharmaceutical patents, on the basis of which regulatory authorities will be able to reject applications for "evergreen" patents. This is a common world practice.

Thirdly, it is necessary to ensure the accelerated introduction of generics to the market – those are the drugs equivalent to innovative ones, which active substance patents have expired. ”Ukrainian pharmaceutical companies can implement in their production the entire range of these drugs that exist in the world. And sell them in the domestic market. Which, in return, may become a powerful driver of the economy, given the high technology, highly professional scientific and technical staff,” said Ivan Soroka, president of the Ukrainian Medical Club.

Fortunately, in June, the Verkhovna Rada took a step in this direction by adopting Bill №2429. Its norms implement the Bolar provision in Ukraine. It entitles local manufacturers to develop a generic and apply for its state registration before the patent for the original drug expires. Therefore, the very next day after the expiration of the patent, a Ukrainian company can bring the generic to market. This will reduce the release time of drugs by 1-2 years.

In general, the epidemic and quarantine have shown the importance of investing in innovation, modernization and transformation of pharmaceutics. On the one hand, the pandemic marked the beginning of digitalization within the healthcare system. On September 17, the parliament passed a bill №3615-1, which regulates online trade in medicines. And the Ministry of Health has set up a working group that will develop a strategy to transfer to sales of narcotic drugs, prescription drugs and antibiotics at an electronic prescription in 2021-2023.

On the other hand, the use of digital technologies allows companies to maintain production volumes and increase the pace of production of new drugs.

“Those companies who had been digitalized have adapted more quickly to the new normal and maintained productivity. In 2019, Darnitsa invested UAH 32 million in innovations and digitalization. And thanks to this, it quickly and efficiently reformatted the work of about 500 employees to a remote mode. We are one of the few pharmaceutical companies in the world that use the cloud version of ERP and have translated most of the processes into cloud services. By digitizing the life cycle of medicines in time, we have increased the productivity of the R&D process and by the end of 2020 we plan to register a total of 11 new medicines,” summed up Dmytro Shymkiv.

Stay tuned for business and economy news on our Telegram-channel Mind.ua
Pharmaceutical company «Darnitsa» Medicines
On this topic
Fedorov: The occupiers have banned the importation of medicines and hygiene products into Melitopol
Medicine at war: how the healthcare system has changed
“Darnitsa” Combines Modern Technologies and Innovative Solutions in a Renovated Office
Darnitsa Joined the Ukrainian Trade and Business Association
At the genetic level: how pharma company Darnitsa, founded 90 years ago, manages to combine traditionіs and innovations
Comments – 0
Sign in, to post a comment