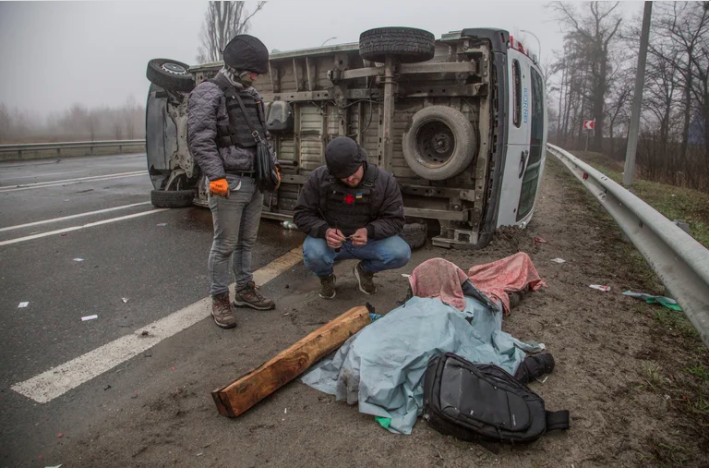 “The Netherlands, Sweden and Germany have pledged to provide 2.7 million dollars of funding to the International Criminal Court (ICC) to support its investigation of the war crimes committed in Ukraine,” CNN reports.

According to the results of the meeting, Hoekstra said, “The actions of the Criminal Court are one of the most important paths to justice for Ukrainians. The Netherlands wants justice to prevail for all victims of the russian invasion.”

Hoekstra has promised the ICC more than $1 million on behalf of the Netherlands to support the investigation.

Germany said in the press release that the country had also pledged to give an additional $1 million to the court.

Sweden's Foreign Minister Ann Linde has announced that Sweden will also provide an additional half a million euros, having declared, “The ICC needs the full support of the international community.”

On March 2, the ICC officially launched an investigation of the situation in Ukraine.

It should be recalled that President Zelensky noted that after the announcement of the massacres in the Kyiv region, the russian occupiers would try to hide the rest of their crimes.

Погода на sinoptik.ua
Last news
Occupiers shell the center of Bakhmut from Uragan multiple rocket launchers, there are casualties
18:44
The Armed Forces of Ukraine strike the bridge near the Kakhovka HPP – Operational Command South
15:16
The Armed Forces destroyed nine enemy aircraft at the Saky airbase
10:28
The enemy is trying to resume the offensive in the Donetsk–Pisky direction
08:25
The Ministry of Finance has placed war bonds worth almost UAH 3.5 billion
20:40
A series of explosions occurred at the military airfield in Crimea – mass media
16:39
russians have failed to advance in Donetsk Oblast over the past month due to lack of infantry – British intelligence
09:40
Night in Nikopol: the russian army fires 120 shells from Grad multiple rocket launcher on the city
09:19
The first ship with Ukrainian grain reaches its destination
12:03
The Armed Forces of Ukraine once again strike the Antonivka Road Bridge – Operational Command South
10:26
All news
5789

The twilight of agroholdings: how the war transforms the agro-industrial complex
Vitaliy Kravchenko - 5 august 2022
3527