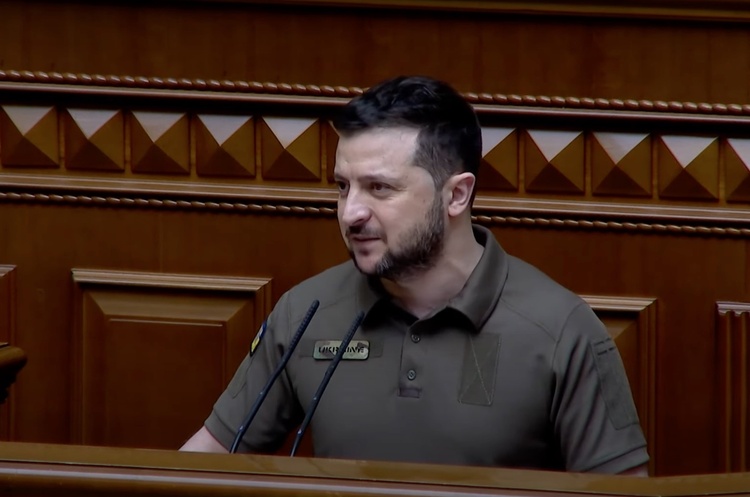 What happened? Poland and Ukraine plan to simplify the procedure of border crossing between the states.

Source. This was stated by President of Ukraine Volodymyr Zelensky during his speech in the Verkhovna Rada after the speech of Polish President Andrzej Duda.

“We are relatives. And there are no borders or barriers between us. The Ukrainian and Polish peoples have not been mentally separated by borders for a long time. So, we agreed to implement this in the near future in a bilateral agreement. First on joint border and customs control, and then on the single conditional border once Ukraine becomes a member of the European Union,” Volodymyr Zelensky declared

Previously. The Verkhovna Rada of Ukraine voted for extension of martial law and general mobilization in Ukraine for 90 days – till August 23, 2022

Погода на sinoptik.ua
Last news
The occupiers are trying to take control over the Bakhmut–Lysychansk highway –
19:13
Davyd Arakhamia in Lugano: Ukraine, together with its partners, should provide possibility of insuring risks for business during the war
17:32
European electricity prices reach record highs
14:48
russians attack the Dnipropetrovsk region with seven missiles – the Head of the Military Administration
09:00
The defenders of Ukraine make the enemy retreat after its offensive in the direction of the Vuhlehirsk TPP
19:24
The post-war reconstruction of Ukraine will consist of three stages – Shmyhal
17:34
The war in Ukraine may end in 2023 – Budanov
11:18
russian troops are going to throw all their forces to take control over the Donetsk region
08:40
Ukraine spends 130 billion hryvnias per month on the Armed Forces
20:30
The Armed Forces leave Lysychansk — General Staff
19:50
All news
4888

Ukrainian flag returns to Zmiiny Island: the territory is again under the jurisdiction of Ukraine
4 july 2022
6293