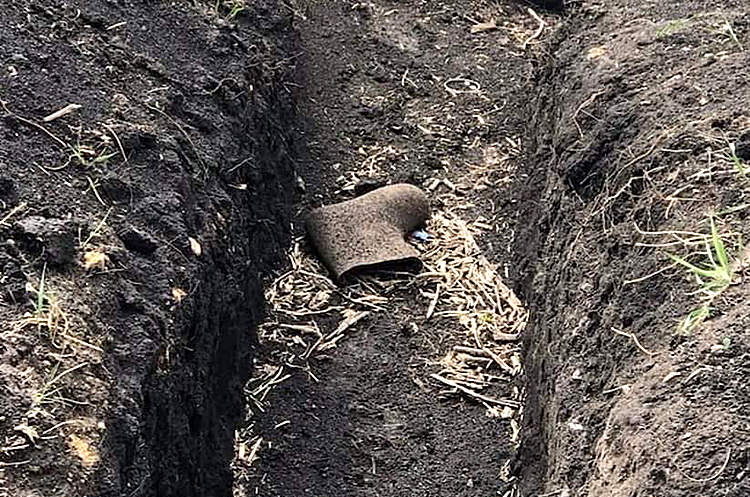 The General Staff of the Armed Forces of Ukraine released an operational update on the russian invasion as of 06.00 on May 23.

The 89th day of the heroic resistance of the Ukrainian people to a russian military invasion continues.

russian enemy continues to launch missile and air strikes on the territory of Ukraine. Increased the intensity of the use of aircraft to destroy the critical infrastructure of settlements in the area of active hostilities.

The situation in the Siversky direction has not changed significantly.

In the Slobozhansky direction russian enemy, by forces of divisions 6th Combined Arms Army of the Western Military District and the Baltic Fleet, is fighting to maintain the previously occupied frontiers in the Kharkiv direction. Strengthening the police-administrative regime, enemy units set up checkpoints and fortifications on access roads and directly near the settlements of Velykyi Burluk, Kapitolivka, Mykhailivka, Levkivka, Zabavne and Kupyansk.

With the help of separate units of the Western Military District, the 11th Army Corps of the Baltic Fleet, the Eastern and Central Military Districts, russian enemy is preparing to resume the offensive in the Slovyansk direction. It attempted offensive operations in the area of Dovhenke. This offensive was repulsed by units of the Defense Forces, russian enemy suffered losses and retreated.

In the Donetsk direction, russian enemy does not stop trying to break through the defenses of Ukrainian troops and reach the administrative borders of Luhansk region.

It did not conduct active hostilities in the Lyman direction. The occupiers fired on the infrastructure in the areas of the settlements of Lyman, Ozerne and Dibrova.

In the Siverodonetsk direction, russian enemy concentrated its efforts in the direction of the settlement of Siverodonetsk. It conducted assault operations in the Toshkivka area.

In the Bakhmut direction, with the support of artillery, russian enemy fought in the area of Alexandropil. As a result of the fire defeat by the Defense Forces, russian enemy suffered losses and retreated. It led the offensive in the areas of Lypovo and Trypillya, without success.

In the Avdiivka, Kurakhiv, Novopavliv and Zaporizhzhia directions there is a decrease in the intensity of hostilities. russian enemy is trying to gain a foothold on the achieved frontiers, shelling the positions of the Defense Forces. russian enemy inflicted air strikes on civilian infrastructure in the areas of the settlements of Avdiivka, Novoselivka Druha, Novomykhailivka and Mykilske.

russian enemy did not conduct active hostilities in the South Buh area. Focuses its main efforts on maintaining occupied frontiers, conducting reconnaissance and engineering activities of positions. It fired at the positions of the Defense Forces with artillery and jet artillery.

In the Bessarabian direction in the transnistrian region of the Republic of Moldova significant movements of personnel and equipment are not recorded.

As a result of losses during hostilities, russian enemy was forced to withdraw from storage T-62 tanks to recruit reserve battalion tactical groups that are being formed to be sent to Ukraine. In addition, equipment that was damaged and restored at repair and renovation plants is used to replenish the loss of weapons and military equipment.

Over the past 24hrs, eleven russian enemy attacks have been repulsed in the Donetsk and Luhansk directions, 6 tanks, 10 units of armoured combat vehicles and 6 units of enemy vehicles have been destroyed. Air defence units shot down one Orlan-10 UAV and an enemy Su-25 aircraft in these areas.

Погода на sinoptik.ua
Last news
The occupiers are trying to take control over the Bakhmut–Lysychansk highway – General Staff of the Armed Forces
19:13
Davyd Arakhamia in Lugano: Ukraine, together with its partners, should provide possibility of insuring risks for business during the war
17:32
European electricity prices reach record highs
14:48
russians attack the Dnipropetrovsk region with seven missiles – the Head of the Military Administration
09:00
The defenders of Ukraine make the enemy retreat after its offensive in the direction of the Vuhlehirsk TPP
19:24
The post-war reconstruction of Ukraine will consist of three stages – Shmyhal
17:34
The war in Ukraine may end in 2023 – Budanov
11:18
russian troops are going to throw all their forces to take control over the Donetsk region
08:40
Ukraine spends 130 billion hryvnias per month on the Armed Forces
20:30
The Armed Forces leave Lysychansk — General Staff
19:50
All news
1535

The occupiers strike the Dnipropetrovsk region, there are damaged houses
6 july 2022
5581