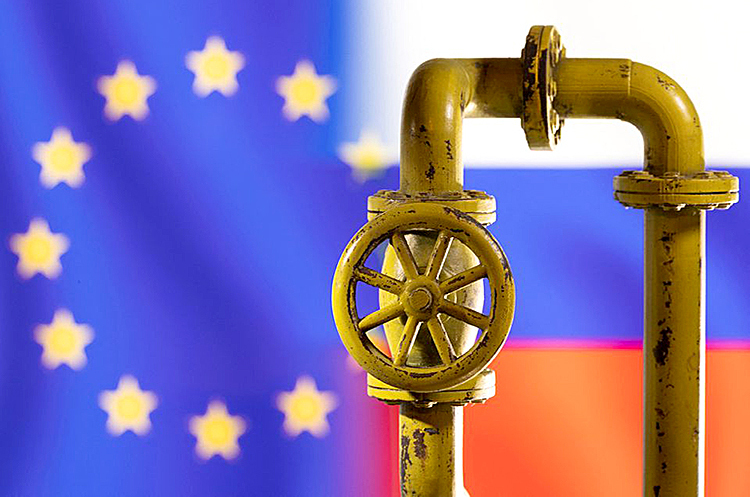 What happened? President of the European Commission Ursula von der Leyen has stated that the EU needs to get rid of its dependence on russian supplies.

Source. She said this during her speech at the economic forum in Davos.

Quote. “One third of russian gas will be replaced with the supplies from the United States. The EU also relies on energy from other reliable suppliers. Green energy will provide 45% of Europe's energy until 2030,” said von der Leyen.

She added that russia was threatening the world with hunger, using food supplies as a weapon with global consequences, acting in the same way as in the energy sector. Instead, the EU is trying to help Ukraine to export its food by connecting Ukraine's border with European ports.

Von der Leyen also said that Ukraine must win. It is not just a question of Ukraine's survival or European security. This calls into question the entire international order, said von der Leyen.

“Ukraine must win this war. And putin's aggression must be a strategic failure,” she stated.

Погода на sinoptik.ua
Last news
The occupiers are trying to take control over the Bakhmut–Lysychansk highway – General Staff of the Armed Forces
19:13
Davyd Arakhamia in Lugano: Ukraine, together with its partners, should provide possibility of insuring risks for business during the war
17:32
European electricity prices reach record highs
14:48
russians attack the Dnipropetrovsk region with seven missiles – the Head of the Military Administration
09:00
The defenders of Ukraine make the enemy retreat after its offensive in the direction of the Vuhlehirsk TPP
19:24
The post-war reconstruction of Ukraine will consist of three stages – Shmyhal
17:34
The war in Ukraine may end in 2023 – Budanov
11:18
russian troops are going to throw all their forces to take control over the Donetsk region
08:40
Ukraine spends 130 billion hryvnias per month on the Armed Forces
20:30
The Armed Forces leave Lysychansk — General Staff
19:50
All news
1569

The occupiers strike the Dnipropetrovsk region, there are damaged houses
6 july 2022
5718