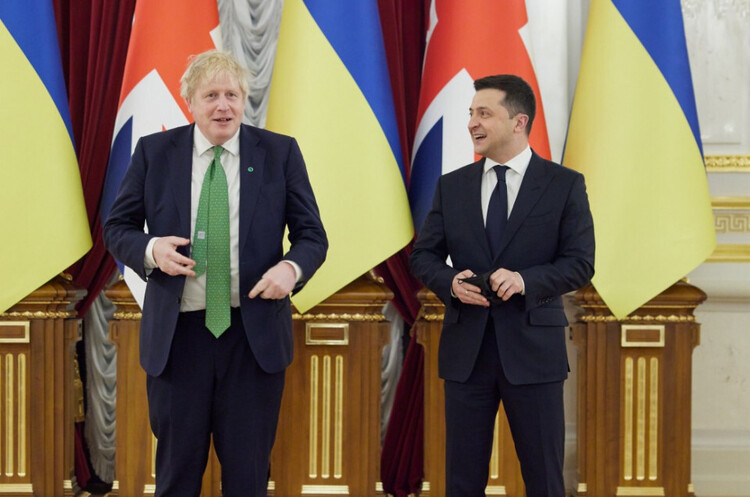 What happened? The British Prime Minister Boris Johnson proposed to the President of Ukraine Volodymyr Zelensky to create an economic and military alliance against russia, which will be an alternative to the European Union.

Source. This was reported by Corriere Della Sera.

Details. It is noted that due to the vague position of some countries on the prospects of Ukraine's membership in the European Union, Johnson is trying to respond to Brussels by proposing a new system of political, economic and military alliances.

It is expected that the new alliance may bring together countries dissatisfied with the EU's position and Germany's response to russia's military aggression.

Johnson was the first to express such a proposal during a meeting with Zelensky in Kyiv on April 9.

The proposed European Community model will include the UK as the leader of the organization and countries such as Ukraine, Poland, Estonia, Latvia and Lithuania, and possibly Turkey at a later stage.

“The British Prime Minister believes that the alliance should include countries united by distrust of Brussels, as well as Germany's reaction to russia's military aggression,” the newspaper says.

To date, Kyiv has not taken a definite position on this initiative. But the Ukrainian leadership is convinced that few in Germany and France believe in the defeat of vladimir putin, which is connected with the delays in imposition of sanctions against russia and arms supplies.

The European Council will consider Ukraine's application for EU candidate status in June.

Погода на sinoptik.ua
Last news
russians attack the Dnipropetrovsk region with seven missiles – the Head of the Military Administration
09:00
The defenders of Ukraine make the enemy retreat after its offensive in the direction of the Vuhlehirsk TPP
19:24
The post-war reconstruction of Ukraine will consist of three stages – Shmyhal
17:34
The war in Ukraine may end in 2023 – Budanov
11:18
russian troops are going to throw all their forces to take control over the Donetsk region
08:40
Ukraine spends 130 billion hryvnias per month on the Armed Forces
20:30
The Armed Forces leave Lysychansk — General Staff
19:50
The russians have been firing Kramatorsk for two days in a row with the Smerch anti-aircraft missile system
13:50
Eurobonds of Ukraine fell in price by another 8.5% during a week
10:27
The enemy fires at the Kryvyi Rih district of the Dnipropetrovsk region
09:27
All news
419

Ukrainian flag returns to Zmiiny Island: the territory is again under the jurisdiction of Ukraine
4 july 2022
6222