mind
The council approved changes to the budget, the dismissal of Denisova and sanctions against Patriarch Kirill
NEWS
Policy
Economics
Finance
2962views
31 may 2022, 14:55 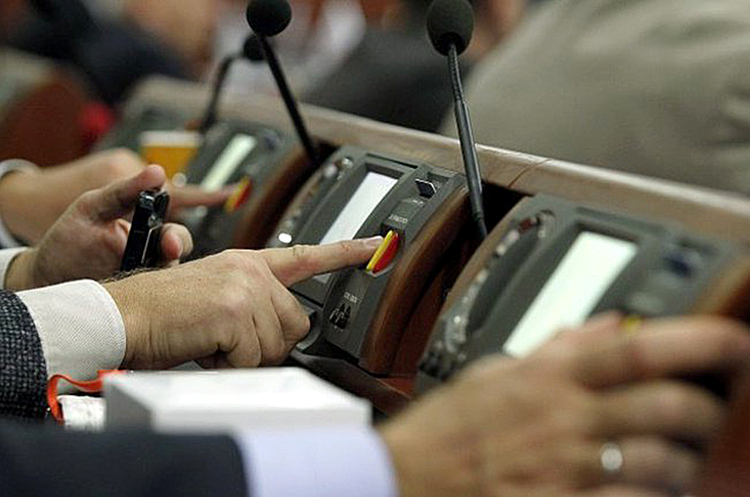 What happened? The Verkhovna Rada supported changes to the state budget. 299 MPs voted “for” the changes.

Source. The People's Deputy Yaroslav Zhelezniak reports about it.

Details. The parliamentarians approved an increase in the expenditure part of this year's state budget by UAH 287 billion. In particular, UAH 5.8 billion has been added for the service eHelp, which will allow those who had submitted applications before March 31 to receive payments.

292 MPs voted for the personal sanctions against Patriarch Kirill of Moscow (Vladimir Gundyayev) and other top members of the russian Orthodox Church. Now the decision must be approved by the National Security and Defense Council.

Background. The head of the board of the ZMINA Human Rights Center, Tetiana Pechonchyk, said on her Facebook page that the “Servant of the People” party had already found candidates to replace Denisova. According to her, deputies from the party Maryana Bezuhla, Oleksandr Kachura or Mykola Tyshchenko can take Denysova's place.

Human rights activists have many questions to Denisova and her competence, Pechonchyk stressed.

The parliament explained that the deputies approved her dismissal for a number of reasons.

“First of all, because of her not always appropriate media activity,” an influential and knowledgeable speaker of the Verkhovna Rada told Radio Free.

But there is also another reason – “systemic lack of coordination with the President's Office." This was reported to Radio Free by another speaker familiar with the situation in parliament.

Погода на sinoptik.ua
Last news
The invaders shelled the occupied Energodar, there are casualties
19:35
The Committee of the Verkhovna Rada supports the extension of martial law
17:10
Ukraine has changed its military strategy thanks to new weapons – NYT
11:06
Occupiers attacked Kharkiv Oblasts from the territory of russia
10:15
Kim: the command of russian troops in the Kherson Oblast left soldiers on the right bank of the Dnipro and is moving to the left one
22:30
The russians drove the Pion self-propelled gun with the flag of Ukraine to Energodar for provocations - intelligence
13:31
ISW: Ukrainian forces destroyed the last functioning bridge russian forces used to transport military equipment from Kherson Oblast
10:46
As a result of shelling of Kramatorsk, 2 people died and 13 were injured
20:54
The occupiers launched 5 missiles at Zaporizhzhia
20:39
Ukraine takes back bodies of 522 defenders who were listed as missing ones
13:59
All news
2040