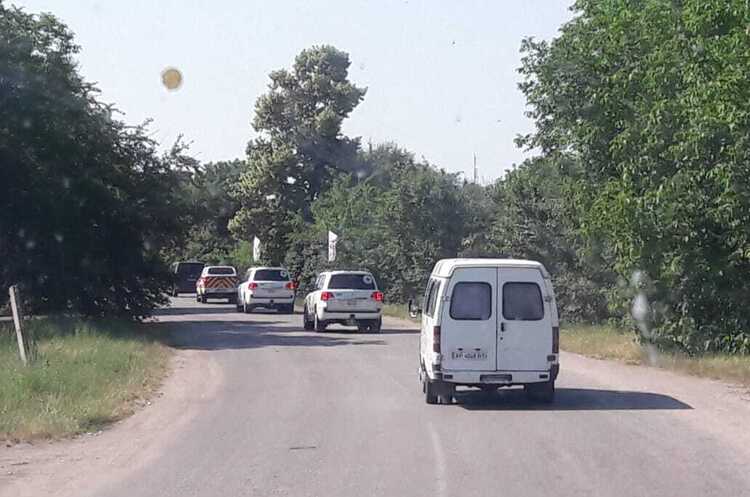 What happened? In the Zaporizhzhia region the operation on an exchange of bodies of the fallen soldiers took place.

Source. This was reported by the Ministry of Reintegration of the Temporarily Occupied Territories.

Details. Ukraine has received the bodies of 64 heroic Azovstal defenders, who will be buried with dignity.

The relevant agreement was reached as a result of negotiations with the participation of Oleg Kotenko, the Commissioner for Missing Persons in Special Circumstances.

The operation was carried out in cooperation with the Ministry of Reintegration, the Main Intelligence Directorate of the Ministry of Defense, the Security Service of Ukraine, the General Staff of the Armed Forces, and other law enforcement agencies of Ukraine.

The process took place in accordance with the rules of the Geneva Convention.

Погода на sinoptik.ua
Last news
Occupiers shell the center of Bakhmut from Uragan multiple rocket launchers, there are casualties
18:44
The Armed Forces of Ukraine strike the bridge near the Kakhovka HPP – Operational Command South
15:16
The Armed Forces destroyed nine enemy aircraft at the Saky airbase
10:28
The enemy is trying to resume the offensive in the Donetsk–Pisky direction
08:25
The Ministry of Finance has placed war bonds worth almost UAH 3.5 billion
20:40
A series of explosions occurred at the military airfield in Crimea – mass media
16:39
russians have failed to advance in Donetsk Oblast over the past month due to lack of infantry – British intelligence
09:40
Night in Nikopol: the russian army fires 120 shells from Grad multiple rocket launcher on the city
09:19
The first ship with Ukrainian grain reaches its destination
12:03
The Armed Forces of Ukraine once again strike the Antonivka Road Bridge – Operational Command South
10:26
All news
5777

The twilight of agroholdings: how the war transforms the agro-industrial complex
Vitaliy Kravchenko - 5 august 2022
3526