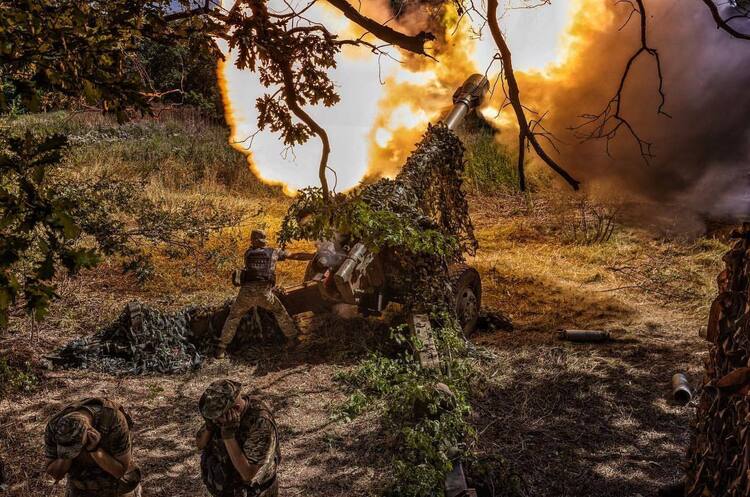 What happened? Ukraine has changed its military strategy thanks to new weapons.

Source. The article of The New York Times.

Details. The article recalled that from spring into summer, the Ukrainian military was pummeled by russian artillery in eastern Ukraine, and was gradually losing its positions in unequal battles. However, supplied with a growing arsenal of long-range Western weapons, Ukraine has been able to hit russian forces deep behind enemy lines, disrupting their critical supply lines.

In particular, this week a series of explosions took place at the russian military airfield in Crimea, as a result of which at least eight combat aircraft were destroyed.

“The strategy seems to be producing some results. While the Ukrainian military has not made major territorial gains, it has managed to slow the russian advance across the country, for now, at least, and stanch the heavy losses Ukraine was suffering in recent months,” the newspaper writes.

At the same time, the enemy continues to apply pressure in the east and the south, some of the frontline positions are slowly buckling. Thus, the russian military still has enough strength to continue offensive operations.

Previously. According to the American Institute for the Study of War, the Armed Forces of Ukraine had destroyed the Kakhovka bridge, which was the last functioning crossing near the Kakhovka hydroelectric power station, which the russian army had used to transport its equipment to the right bank of the Dnieper. Later it became known that in the Kherson region the command of russian troops had left soldiers on the right bank of the Dnieper river and had moved to the left one.

Погода на sinoptik.ua
Last news
2,500 Ukrainians are currently in russian captivity – Vereshchuk
16:37
Ministry of Reintegration: problems with access to treatment exist in each of the liberated communities of Kharkiv Oblast
14:22
Defence forces of Ukraine repelled enemy attacks in the areas of 6 settlements over the day
09:32
The condition of Ukrainian soldiers released from russian captivity is highly serious
21:33
Putin personally forbade the russian military to retreat from Kherson – NYT
13:30
The russians dropped chemical weapons on the positions of the AFU in Kherson Oblast
11:41
The President of the European Council proposed to exclude russia from the UN Security Council
10:47
The AFU reported the downing of six kamikaze drones and a Su-25 aircraft
20:42
The Armed Forces liberated the village of Yatskivka in Donetsk Oblast
15:35
The occupiers force residents of the occupied territories who received “humanitarian aid” to vote in a “referendum”
14:44
All news
1283

Ukraine is not going to be clan-oligarchic any more. What changes will be in the interest group pattern after the war
Aleks Moldovan - 21 september 2022
5110