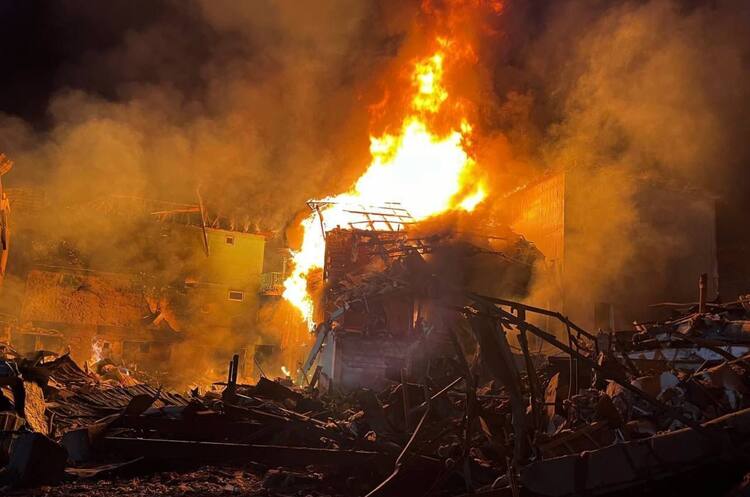 What happened? The occupiers shelled Mykolaiv and Odesa on the night of August 17.

Details. Explosions in Mykolaiv occurred at approximately 02:00. As a result of the shelling, civilian infrastructure was damaged, in particular Petro Mohyla Black Sea State University. 2 missiles hit the educational institution. At the time of the attack, only the security guard was in the building, he was not injured.

In Odesa Oblast, 2 missiles hit civilian infrastructure – fires broke out at a recreation center and several private buildings. According to the Operational Command South, 4 people were injured as a result of the attack. There are no serious injuries.

It is noted that the strike was carried out by Kh-22 air missiles. The area of ignition was 600 square meters. The fire has already been extinguished.

Previously. Mind reported that the occupiers were preparing to advance on Mykolaiv within a new phase of war. russia needed that offensive in order to make the bridges over the Dnieper river in Kherson be beyond the reach of HIMARS.

Ukraine is not going to be clan-oligarchic any more. What changes will be in the interest group pattern after the war
Aleks Moldovan - 21 september 2022
5104

Grain to grain: why the world may experience a shortage of another product
Vitaliі Kravchenko - 19 september 2022
1471