mind
Fedorov: The occupiers have banned the importation of medicines and hygiene products into Melitopol
NEWS
War
1491view
3 september 2022, 17:26
Share 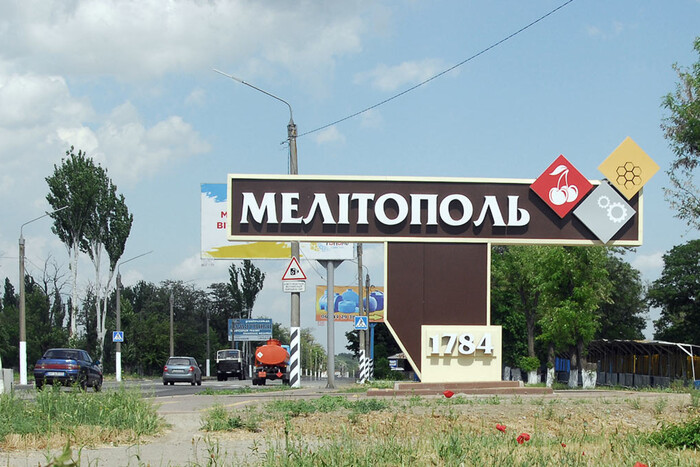 The russian-appointed so-called “authorities” of the occupied territories of Ukraine have banned the importation of essential goods into the cities. This was reported by the mayor of occupied Melitopol, Ivan Fedorov, in his Telegram channel.

In particular, medicines and hygiene products for children and adults were banned.

“Each single day, the occupiers demonstrate to the whole world a brazen violation of the norms of international humanitarian law. This time, they decided to prohibit the import of any essential goods into the temporarily occupied territories, including vital medicines and hygiene products for children and adults.

Thousands of Melitopol residents suffering from chronic diseases may find themselves on the brink of life and death. After all, it is impossible to buy medicines of imported production in the city. The terror of the civilian population by the so-called ‘liberators’ in action. russia is a terrorist state,” the head of Melitopol wrote.

This information was also confirmed in the Military News of Melitopol Telegram channel: “From now on, there will be an innovation at the checkpoint through which residents of the occupied territories can leave for Zaporizhzhia and return back.

The russian military closed the import of any goods: medicines, products, parcels, etc.

Either an empty car or a car with people without belongings can drive through. Consequently, residents of occupied Melitopol can no longer purchase and bring Ukrainian goods and medicines into the city.

Therefore, many of those who still remain in the occupied territories are thinking about quick leaving. By the way, the occupiers began to let the people enter Zaporizhzhia much faster. According to the people of Melitopol, cars leave in one day without overnight stays.”

Background. Fedorov is not the first representative of Ukrainian administrations of the occupied cities to report on problems with medicine.

At the beginning of August, the adviser to the mayor of Mariupol, Petro Andriushchenko, reported that every fourth patient died in the city hospitals. All normal beds were given to the russian military, and Mariupol citizens were offered to buy all the necessary medicines in pharmacies controlled by the “head of the DNR” Denys Pushylin and the local occupation authorities.

Текст: ,
Medicines Russian war in Ukraine Temporarily occupied territories
Stay tuned for business and economy news on our Telegram-channel Mind.ua and the Google NEWS feed
Related stories
Shmyhal instructed to supply the population with electricity only after critical infrastructure, defence facilities and businesses
The situation in the power system remains complicated but under control – Ukrenergo
Defence Forces repelled russian attacks in the areas of Bilohorivka, Luhansk Oblast, as well as Klishchiyivka and Maryinka, Donetsk Oblast
Погода
Погода у Києві

Погода на sinoptik.ua
Last news
Putin says russia may resort to a new nuclear doctrine – preemptive strike
19:45
Shmyhal instructed to supply the population with electricity only after critical infrastructure, defence facilities and businesses
17:35
90% of trade industry of Ukraine resumed work – research
15:32
“We are all preparing for the reconstruction of Ukraine”: Polish-French Economic Forum has started in Krakow
13:51
Ukraine shipped 25 000 tonnes of wheat to Somalia within the GrainFromUkraine programme
12:47
The situation in the power system remains complicated but under control – Ukrenergo
12:32
Defence Forces repelled russian attacks in the areas of Bilohorivka, Luhansk Oblast, as well as Klishchiyivka and Maryinka, Donetsk Oblast
08:33
The Kyiv City Council renamed Druzhby Narodiv Boulevard and 31 other streets of the capital
16:02
The National Bank admits deterioration of the macroeconomic forecast due to new russian attacks on the energy infrastructure of Ukraine
15:25
Officially, the aggressor side reported only about “damage to the skin” of two aircraft
08:47
All news
847