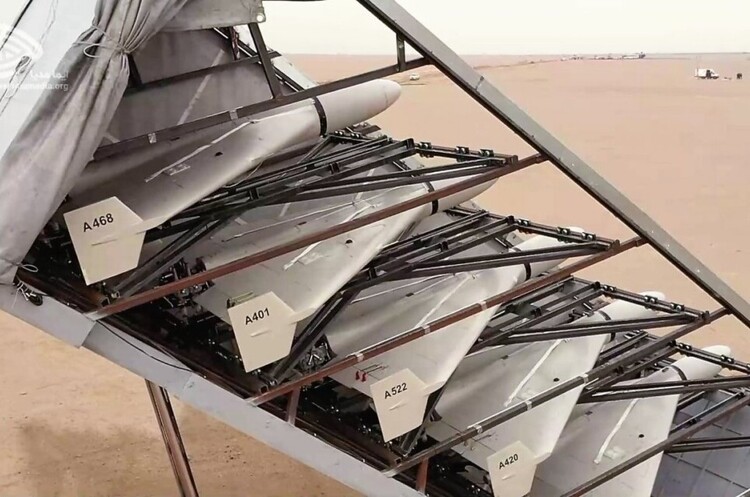 What happened? The Air Force of the Armed Forces of Ukraine shot down six Shahed-136 kamikaze drones and one Su-25 attack aircraft today.

Details. “In the afternoon of September 23, the russian occupiers attacked Ukraine with Iranian Shahed-136 kamikaze drones in the eastern and southern directions,” the message reads

As of 18:30, six kamikaze drones were shot down by anti-aircraft missile units of the Air Force of the Armed Forces of Ukraine.

Погода на sinoptik.ua
Last news
Putin says russia may resort to a new nuclear doctrine – preemptive strike
19:45
Shmyhal instructed to supply the population with electricity only after critical infrastructure, defence facilities and businesses
17:35
90% of trade industry of Ukraine resumed work – research
15:32
“We are all preparing for the reconstruction of Ukraine”: Polish-French Economic Forum has started in Krakow
13:51
Ukraine shipped 25 000 tonnes of wheat to Somalia within the GrainFromUkraine programme
12:47
The situation in the power system remains complicated but under control – Ukrenergo
12:32
Defence Forces repelled russian attacks in the areas of Bilohorivka, Luhansk Oblast, as well as Klishchiyivka and Maryinka, Donetsk Oblast
08:33
The Kyiv City Council renamed Druzhby Narodiv Boulevard and 31 other streets of the capital
16:02
The National Bank admits deterioration of the macroeconomic forecast due to new russian attacks on the energy infrastructure of Ukraine
15:25
Officially, the aggressor side reported only about “damage to the skin” of two aircraft
08:47
All news
919