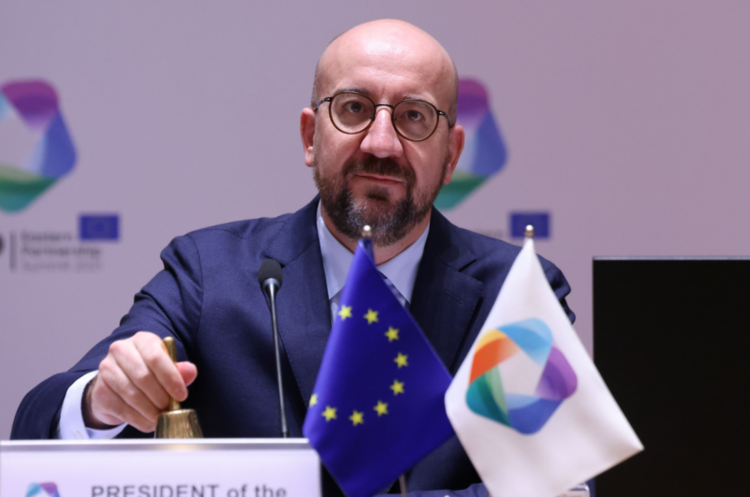 What happened? The start of an unprovoked and unjustified war against another state should lead to the automatic suspension of the membership of the aggressor country in the UN Security Council.

Source. Charles Michel, President of the European Council, during his speech at the UN General Assembly.

Details. According to the politician, the use of the right of veto should be the exception, but now it has become the rule, “and it needs to be changed urgently.”

The five permanent members of the UN Security Council: China, the United States, France, Great Britain and russia have the right to veto resolutions.

Michel recalled his visit to Borodyanka in Kyiv Oblast and said that he had seen the horror of war in the eyes of children and had heard stories about the rape of women by the russian occupiers, torture and mass graves.

Background. The President of Ukraine, Volodymyr Zelenskyi in his video address to the UN General Assembly, called on the international community to block any trade and relations with the russian federation, as well as to take away its decision-making capabilities in international organisations, such as the UN.

Текст: ,
Stay tuned for business and economy news on our Telegram-channel Mind.ua and the Google NEWS feed
Related stories
Zelensky calls on UN Security Council to support “peace formula” after missile strikes
russia is deliberately terrorizing civilians in Ukraine – Great Britain to the UN
The General Assembly will be convened automatically whenever the veto is used in the Security Council – a draft resolution
Погода
Погода у Києві

Погода на sinoptik.ua
Last news
Putin says russia may resort to a new nuclear doctrine – preemptive strike
19:45
Shmyhal instructed to supply the population with electricity only after critical infrastructure, defence facilities and businesses
17:35
90% of trade industry of Ukraine resumed work – research
15:32
“We are all preparing for the reconstruction of Ukraine”: Polish-French Economic Forum has started in Krakow
13:51
Ukraine shipped 25 000 tonnes of wheat to Somalia within the GrainFromUkraine programme
12:47
The situation in the power system remains complicated but under control – Ukrenergo
12:32
Defence Forces repelled russian attacks in the areas of Bilohorivka, Luhansk Oblast, as well as Klishchiyivka and Maryinka, Donetsk Oblast
08:33
The Kyiv City Council renamed Druzhby Narodiv Boulevard and 31 other streets of the capital
16:02
The National Bank admits deterioration of the macroeconomic forecast due to new russian attacks on the energy infrastructure of Ukraine
15:25
Officially, the aggressor side reported only about “damage to the skin” of two aircraft
08:47
All news
957