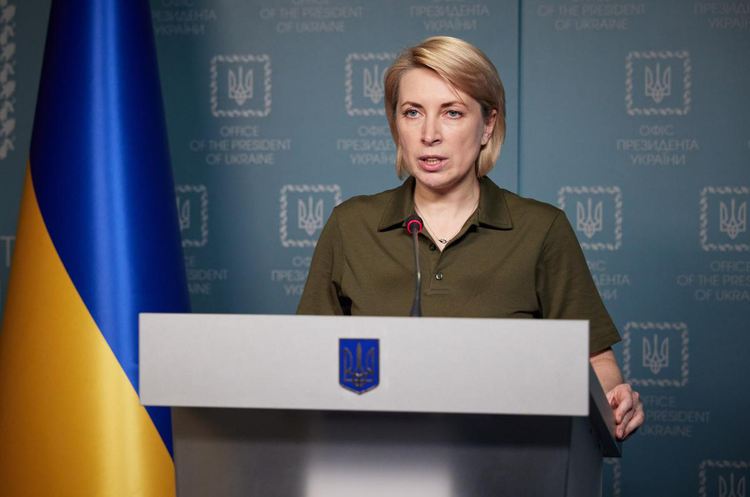 What happened? About 2,500 military and civilian Ukrainians are held captive by the russian occupiers.

Source. Iryna Vereshchuk, Minister of Reintegration of the Temporarily Occupied Territories, in an interview for BBC Ukraine.

Details. The minister notes that the russians have not released civilians from captivity for several exchanges in a row. She also emphasises that civilians should be returned home, but not exchanged.

“If you consider that 131 women left Azovstal, then imagine how many women are in captivity. Only a few have been returned. Women must be freed, they are treated terribly. russians mock them, beat and torture our women. The world should not silently observe how our women are being killed in prison,” the minister explained.

Previously. Mind reported that the condition of Ukrainian soldiers released from russian captivity was highly serious, some of them would be sent for treatment abroad.

Погода на sinoptik.ua
Last news
Putin says russia may resort to a new nuclear doctrine – preemptive strike
19:45
Shmyhal instructed to supply the population with electricity only after critical infrastructure, defence facilities and businesses
17:35
90% of trade industry of Ukraine resumed work – research
15:32
“We are all preparing for the reconstruction of Ukraine”: Polish-French Economic Forum has started in Krakow
13:51
Ukraine shipped 25 000 tonnes of wheat to Somalia within the GrainFromUkraine programme
12:47
The situation in the power system remains complicated but under control – Ukrenergo
12:32
Defence Forces repelled russian attacks in the areas of Bilohorivka, Luhansk Oblast, as well as Klishchiyivka and Maryinka, Donetsk Oblast
08:33
The Kyiv City Council renamed Druzhby Narodiv Boulevard and 31 other streets of the capital
16:02
The National Bank admits deterioration of the macroeconomic forecast due to new russian attacks on the energy infrastructure of Ukraine
15:25
Officially, the aggressor side reported only about “damage to the skin” of two aircraft
08:47
All news
968