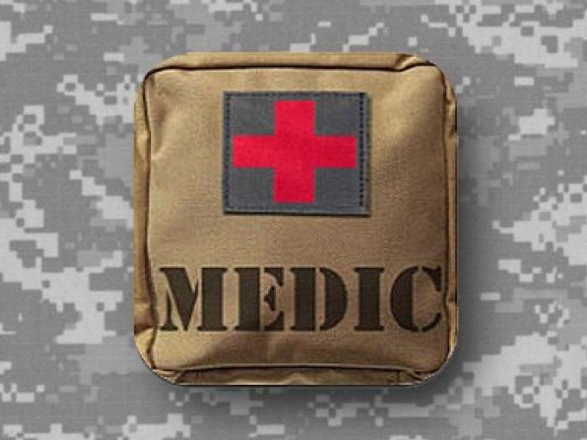 What happened? The russian army has problems with medical provision, which contributes to a declining state of morale and a lack of willingness to advance.

Source. The report of intelligence of the United Kingdom.

Details. “Medical provision for russian combat troops in Ukraine is probably growing worse. Some newly mobilised russian reservists have been ordered to source their own combat first aid supplies, with the advice that female sanitary products are a cost-effective solution,” the report says.

It is noted that russians' medical training and first-aid awareness are likely poor.

Some russian troops have obtained their own modern, Western-style combat tourniquets but have stowed them on their equipment using cable-ties, instead of the velcro. Experts believe that this may be due to the fact that such equipment is scarce and liable to be pilfered.

“This is almost certain to hamper or render impossible the timely application of tourniquet care in case of catastrophic bleeding on the battlefield,” the intelligence adds.

The report notes that the lack of confidence of the russian troops in sufficient medical provision is “almost certainly contributing to a declining state of morale and a lack of willingness to undertake offensive operations in many units in Ukraine.”

Погода на sinoptik.ua
Last news
Putin says russia may resort to a new nuclear doctrine – preemptive strike
19:45
Shmyhal instructed to supply the population with electricity only after critical infrastructure, defence facilities and businesses
17:35
90% of trade industry of Ukraine resumed work – research
15:32
“We are all preparing for the reconstruction of Ukraine”: Polish-French Economic Forum has started in Krakow
13:51
Ukraine shipped 25 000 tonnes of wheat to Somalia within the GrainFromUkraine programme
12:47
The situation in the power system remains complicated but under control – Ukrenergo
12:32
Defence Forces repelled russian attacks in the areas of Bilohorivka, Luhansk Oblast, as well as Klishchiyivka and Maryinka, Donetsk Oblast
08:33
The Kyiv City Council renamed Druzhby Narodiv Boulevard and 31 other streets of the capital
16:02
The National Bank admits deterioration of the macroeconomic forecast due to new russian attacks on the energy infrastructure of Ukraine
15:25
Officially, the aggressor side reported only about “damage to the skin” of two aircraft
08:47
All news
948