mind
Vacancy: what are the rules of employment of foreigners for residents of Diia City
OPENMIND
Business
4506views 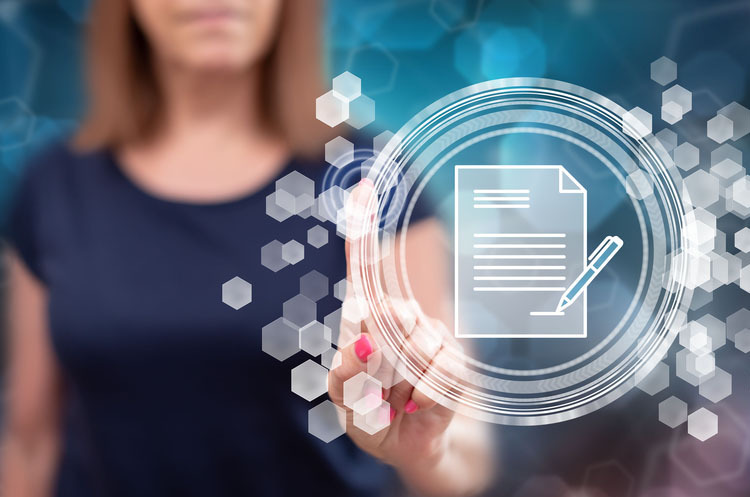 A week ago President Volodymyr Zelenskyy announced the launch of a special legal regime "Diia City". The relevant law regulating the regime for IT companies was signed by the President in December last year. Along with the tax regulation in this area, the document establishes the employment rules – introduces gig-contracts, which provide for the employment of foreigners in Ukraine.

How to execute gig-contracts and how they differ from employment contracts, GOLAW partner, head of corporate and M&A practice Max Lebedev has told to Mind.

In a short while, Ukrainian IT companies will have simpler and more accessible employment rules for foreigners. Such rules will be available as part of the legal regime Diia City – a virtual free economic zone with a special tax and legal regime.

IT companies, which became residents of Diia City, will be able to hire foreigners under the simplified procedure.
A resident of Diia City may engage foreign IT specialists to the performance of works (provision of services) under employment contracts, gig-contracts, as well as under other civil or commercial agreements, including agreements with individual entrepreneurs.

Employment of a foreigner under a gig-contract

If a foreign IT specialist cooperates with a resident of Diia City under a gig-contract, no work permit for such a foreigner is required.

Employment of a foreigner under an employment agreement

If a resident of Diia City decides to hire a foreign IT specialist under an employment contract, requirement on obtaining a work permit for such a foreigner shall still apply.

How long is the work permit valid in case of employment under an employment contract?

As before, for foreign IT specialists working in Ukraine under an employment agreement (contract), the work permit is issued for the term of such employment agreement (contract), yet no more than for three years.
A relevant norm applies both to the residents of Diia City and IT companies, which have not yet acquired the status of Diia City resident.

Are there any requirements to the minimum salary for foreigners within Diia City?

Since gig-specialists and foreign IT specialists fall under the special category of foreigners qualifying for employment in Ukraine , requirements of the legislation on the mandatory payment of salary of at least 10 minimum salaries do not apply to them. Therefore, relevant requirements do not apply to foreigners who perform works (provide services) under a gig-contract, and foreigners employed under an employment contract.

It should be considered that remuneration of foreigners will be taken into account during the calculation of the average monthly remuneration of employees and gig-specialists within Diia City, which according to the law must comprise at least EUR 1,200.

Staying of foreign IT specialists in Ukraine

Foreigners cooperating with a resident of Diia City under a gig-contract may submit such a gig-contract to the State Migration Service for obtaining the respective temporary residence permit.

As regards foreign IT specialists cooperating with the residents of Diia City under an employment contract, the requirement on submitting a relevant work permit to the State Migration Service shall still apply to them.
Other documents required for obtaining a temporary residence permit in Ukraine shall remain unaffected and include:

It should be taken into account that a fully remote work option is envisaged for the gig-specialists (foreigners and citizens of Ukraine) within Diia City. Thus, it is not mandatory for foreign gig-specialists to stay in Ukraine.

Everything is simple now!

For the residents of Diia City who plan to work with foreigners under gig-contracts, the procedure for cooperating with such foreigners has been significantly simplified. The absence of the direct obligation to obtain a permit to employ foreign-gig specialists will enable IT companies to engage such specialists in projects without undue delay and bureaucratic procedures.

However, the rules of employment of foreign IT specialists under employment contracts will remain unaffected for the residents of Diia City. The same rules will apply to companies, which will decide not to obtain the status of Diia City resident. 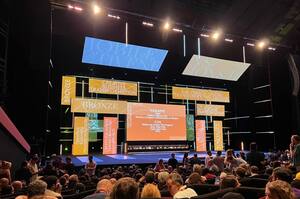 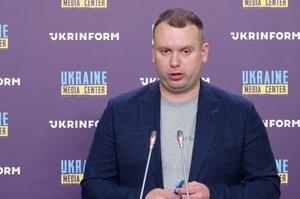 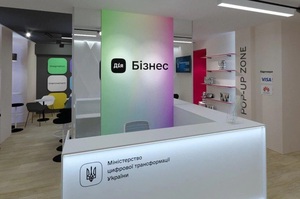 Погода на sinoptik.ua
Last news
The enemy's efforts in the Donetsk direction are focused on establishing control over the territory of the Luhansk region
08:30
The defenders of Ukraine make the enemy retreat after its offensive in the direction of the Vuhlehirsk TPP
19:24
The post-war reconstruction of Ukraine will consist of three stages – Shmyhal
17:34
Ukrainian flag returns to Zmiiny Island: the territory is again under the jurisdiction of Ukraine
13:44
The war in Ukraine may end in 2023 – Budanov
11:18
russian troops are going to throw all their forces to take control over the Donetsk region
08:40
Ukraine spends 130 billion hryvnias per month on the Armed Forces
20:30
The Armed Forces leave Lysychansk — General Staff
19:50
The russians have been firing Kramatorsk for two days in a row with the Smerch anti-aircraft missile system
13:50
Eurobonds of Ukraine fell in price by another 8.5% during a week
10:27
All news