mind
As life goes on, the question is how to build dwellings for IDP?
OPENMIND
War
Realestate
4459views 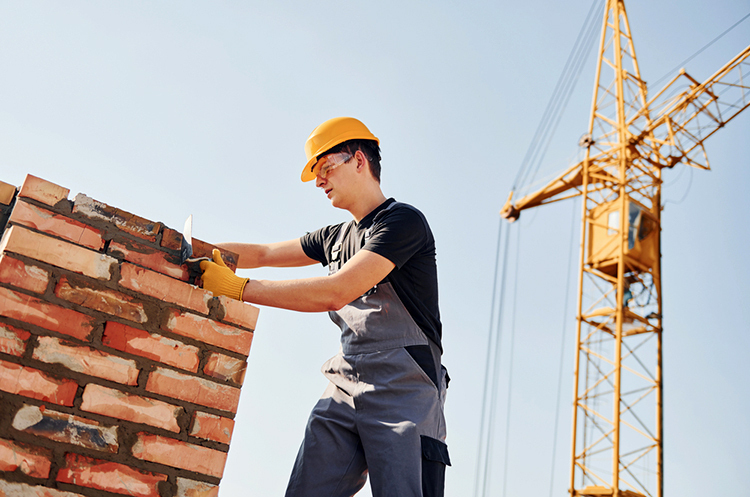 Despite Russia's endless shelling all over Ukraine, restoring infrastructure in the regions affected by the ruscists continues, for example, as in the Chernihiv region. The plan for later is to rebuild the housing stock there. What kind of accommodation needs to be erect for the internally displaced people (IDP)? What would rebuilt cities look like? Anna Iskierdo, an architect and a Creative Director of the Project Company AIMM, told Mind all about it.

Where to build housing for internally displaced persons? In the now free regions or those liberated from the occupiers, exactly where housing was destroyed? The accommodation must be built equally throughout Ukraine. But the important thing is to make it where the workspaces are; otherwise, these built-up areas risk turning into ghettos. People are always willing to live where there are job and money-spending opportunities.

What needs to be foreseen in the housing system?

It should be one of the two: either the enterprises are already near the construction place, or the provisions need to be made for their relocation from the areas of active hostilities. If there is no social and work-related infrastructure, housing stocks like these are bound to become empty and unoccupied.

There has been much discussion about whether to build housing in the regional centers or small towns. It would be better to do so in the areas we want to develop through the new job opportunities. Obviously, the decision should be based on the availability of the place with relatively cheap plots of land. When it comes to the large regional centers, the land costs a pretty penny and is usually in the hands of developers.

For now, the government is stuck with generality and lost on the idea of building huge apartment blocks one by one. Instead, small neighborhoods (up to 10,000-15,000 sq.m.) would do – not the "sadness and sorrow" places. In the new home, people who have overcome personal tragedies and hometown disasters would want to have someone to talk to, not just about the war but also its consequences. Therefore, we need to integrate those people into a peaceful-ish society as quickly as possible.

The fundamental question here is the scope. Should it be pencil buildings, low-rise buildings, townhouses, or separately standing cottages?

Everything depends on location. In the big regional centers, the price of land is quite costly, so high-rise buildings are usually preferred. However, suppose it is small districts inside regional centers. In that case, low-rise buildings with three to five stores are the best option due to land price and capital investments. It concerns not only the rate of implementation but also its convenience.

The most important thing is that stringent demands for this housing are met in terms of quality, energy efficiency, energy consumption, and architectural and planning solutions. AIMM, alongside the National Union of Architects of Ukraine, architects and engineers from all over Ukraine, created the standard for the housing that will be built during the war and in the post-war period. This standard must necessarily form the basis of all technical specifications for the comprehensive restoration and development of Ukraine.

Speaking of the territories already and soon to be affected by the war. There is no doubt that they must be reconstructed, and the only question is how. As part of comprehensive urban development and reconstruction seems to be the correct answer. New general layouts should be developed based on residents' involvement, sociological, city-planning and cultural studies. But it is an entirely different story that would take years of implementation, if not decades.