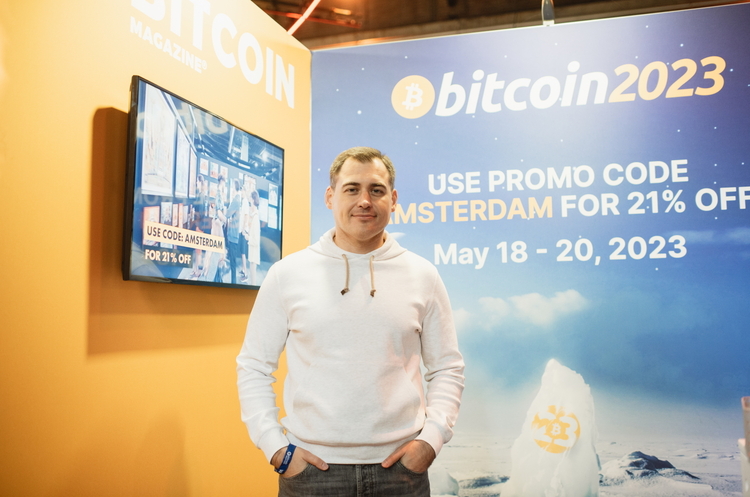 I have been long following the career and sparkling remarks of Twitter co-founder Jack Dorsey. Jack turned out to be damn right at least twice. The first time was when he created Twitter in 2006. The second was when, at the request of shareholders, he once again became CEO of the project amid its decline and led Twitter to its sale to Ilon Musk for a cosmic $44 billion.

Carbon neutrality of cryptocurrency and ESG-standards: the approach of the former Twitter CEO

I think Jack is one of the brightest and most extraordinary businessmen of our time. In his eccentricity and unconventional thinking, he successfully competes with Musk, despite the obvious divergence of their business approaches and worldviews. Suffice it to recall Jack’s legendary speech to Congress, which was then picked apart for memes – in a shirt with his collar up, no tie, and with his stylish beard.

However, Dorsey’s uncommonness is not only in his epatage, but also in his gift of visionary. Five years ago, he said that the Internet was a single digital nation, which should have a single global ‘native’ cryptocurrency, facilitating access to financial services. Jack invested in powerful crypto-projects, including, educational and free ones, notably the Bitcoin Academy, this being crucial. He also planned the integration of crypto-tools into Twitter, calling bitcoin one of the three key trends of Twitter’s future, the other two being artificial intelligence and decentralization.

And now Jack’s actions are just as revealing to me. Together with venture capital firm Stillmark, his Block Inc. has invested $2 million to build a cryptocurrency mining data centre on the African continent. The centres are located in rural areas, where there are no industrial plants now, and based on surplus power produced from renewable energy sources. Contracts have been signed with HydroBox, an African hydroelectric power plant, for five pilot projects in Kenya, three of which are already in operation. Other data centres in East Africa will be launched in the near future.

By investing in mining farms in Africa, Jack solves several problems simultaneously. First, he supports carbon neutrality in cryptocurrency mining, which is important for the planet’s ecosystem. For me this approach is important and very close, as carbon neutrality is one of the main principles of my company White Rock Management. Our companies in Sweden and the US also operate using carbon-neutral and carbon-negative technologies – hydroelectric and wind power plants and associated gas from oil production.

Second, he invests in the development of depressed regions, in fact, creating jobs and infrastructure in an area where there is nothing now. It is kind of creating of a world in miniature from a scratch. Since other investors will probably also be interested in such places, they will open businesses and build roads. Third, it solves the problem of surplus power produced by a hydroelectric power plant. In the future, the region will reduce the cost of power for local residents, because a large industrial company will pay for power consumption along with them.

It is all so revealing to me because Jack is making all these investments amidst the pessimism of many players. Everybody can clearly see the bear trend, high-profile bankruptcies like the FTX collapse, forced sales of equipment at a discount by small and large market participants.

At the same time, I never get tired of repeating that every coin has obverse and reverse sides. The drama of one person is the triumph of the other. And now, for example, the number of bitcoin addresses with a balance of 1 BTC has exceeded 1 million for the first time. The growth of decentralization contributes to accumulation of coins by medium and large miners. The complexity of bitcoin mining has decreased. In early December, investors in crypto-funds demonstrated a neutral mood: the outflow of funds from cryptocurrency products has slowed down significantly. All of these could be signs that once the market value of cryptocurrencies approaches the selling price, a transition to a gradual recovery will become possible. Only when you reach the bottom, you can push off from it.

Despite the crisis, advanced minds consider the lack of alternative to cryptocurrency as a single global means of payment to be obvious. Apple co-founder Steve Wozniak called bitcoin a mathematical miracle and expressed his belief that mathematics and logic inherent in bitcoin do not allow the first cryptocurrency to be copied or faked, so it is superior to the US dollar.

Despite the difference in approach between Jack Dorsey and Ilon Musk mentioned above and revealed in the first managerial decisions of the latter in Twitter, the cryptocurrency exchange Binance was a co-investor in Musk’s purchase of the social network. Binance plans to create a special team to work on potential cryptocurrency and blockchain-based solutions for Twitter. Musk himself said that Binance will help integrate Twitter into Web3 by introducing cryptographic payments.

Well, Dorsey is going even further. The father of Twitter has created a new social network, Bluesky Social, which fully meets decentralization requirement, which is the basic principle of cryptocurrencies, enabling to move accounts between platforms without losing data. It is based on the principle of non-interference by a third party, which journalists have already called ‘the killer of Twitter’.

Authorities in the world of investment and innovation, like Jack Dorsey and Ilon Musk, understand inevitability of integrating cryptocurrencies into social networks and everyday life, of which social networks have become an integral part.

I think that in fact Dorsey’s prediction has already come true: in a global sense, cryptocurrency has become a single world currency.

Hundreds of thousands of people around the world send each other cryptocurrency as a means of payment. Some freelancers get paid in cryptocurrency, and migrants send money in the form of cryptocurrencies to relatives back home. This is especially popular in regions where there are few financial institutions, such as Africa, Latin America and India.

The essence of progress is that technology is becoming more complex, while its use is becoming easier. And cryptocurrencies are primarily convenient. Banking service is not available everywhere. And even when it is, it is not always available. For example, to send dollars, you need to open a foreign currency account at a bank in another country. To send cryptocurrency to the other side of the world, all you need is a smartphone and an Internet connection.

The future is already here, and cryptocurrency is already a global currency. The only question is in formalization and legal registration of this process. I assume that it will accelerate as soon as the crisis caused by the war is over and the world economy stabilizes. Now such a finale does not seem obvious with regard to either the global crisis or global legalization of cryptocurrency. Yet, as they say, the darkest time is before the dawn, and it looks like Jack Dorsey will be right again.

The OpenMind authors, as a rule, are invited experts and contributors who prepare the material on request of our editors. Yet, their point of view may not coincide with that of the Mind editorial team.

However, the team is responsible for the accuracy and relevance of the opinion expressed, specifically, for fact-checking the statements and initial verification of the author.

Mind also thoroughly selects the topics and columns that can be published in the OpenMind section and processes them in line with the editorial standards.

Погода на sinoptik.ua
Last news
Electricity deficit decreased due to increased production and imports – Ukrenergo
13:11
Zelensky deprives ex-officials of the Yanukovych times of citizenship
12:06
Ukrainians exchange the first million energy-saving LED lamps within a week
10:54
Portugal will provide Ukraine with Leopard 2 tanks, the number is kept secret
20:46
Germany may redirect investments planned for the environment to weapons production
19:53
WSJ: China and Turkey supply Russia with technology for military equipment
19:00
British Ministry of Defense: Ukrainian tank crews "quickly mastered" Challenger 2
18:11
SBU exposed large-scale corruption in "Sea Ports Administration"
17:26
India has started paying for Russian oil in dirhams, refusing to use the dollar
16:40
Shmyhal ordered all powerful generators to be brought to Odesa within a day
14:27
All news