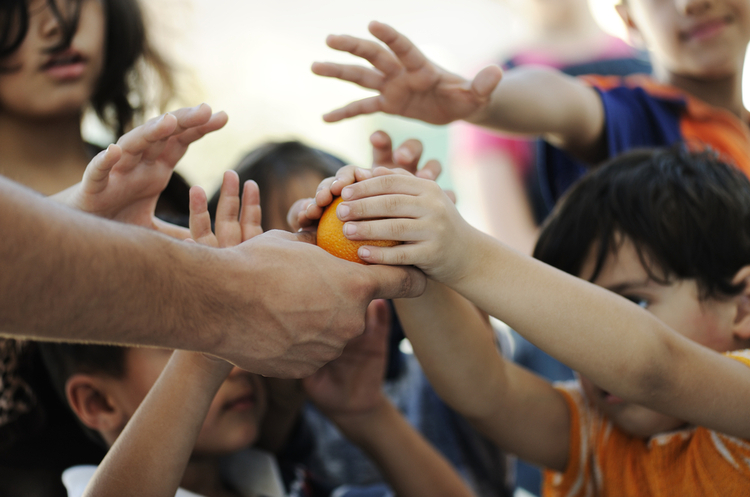 The world food crisis is gaining momentum and has produced two essentially colliding trends that alter the familiar architecture of the global food trade.

On the one hand, more and more countries suspend or substantially limit supplies of food-related products to the external markets. Concepts like free trade zones, common economic areas, and commitment to the principles of globalization give in to the more pressing issue – how to feed their own population for a reasonable price.

On the other hand, the trend seems to be in the opposite direction. Ardently guarding their food resources, countries keep counting on the external supplies and liberalizing import regimes to boost it. The world is entering a period of unimaginably contemptuous phytosanitary procedures. Only super-rich countries such as Saudi Arabia are in the position to go over the goods from the standpoint of quality.

Both trends do nothing to improve the global food trade and create even more tension, exacerbating the crisis. Can this vicious circle be broken?

As estimated by the rating agency Fitch Solutions, the current level of protectionism in the farming industry has been at its highest since the 2007-2008 crisis.

Since the beginning of military actions in Ukraine, more than 30 countries have somewhat restricted the supplies of food to external markets. It means that above 10% of the world's calories will not find their buyer. Most restrictions target the following sectors: wheat, vegetable oils, flour, macaroni products, sugar, corn, and chicken meat. Typically, the limitations are valid till the end of the year.

In this respect, fighting hunger by restricting the supply of food commodities is like putting out a fire with gasoline. The UN urged states not to resort to such practices since the embargoes alone increase pressure on the global food market.

Ukraine, one of the world's primary suppliers of agricultural products, turned out to be nearly the only country to export in the anticipated volumes. However, they cannot do it due to a physical impossibility, i.e., blockade of ports. Nevertheless, even now, every possibility is exploited to arrange export by land, even though the railroad and vehicular transportation can only generate the supplies at the level of 1/7 compared to the pre-war.

"For us, it [continued export] is essential despite the food inflation. We call on other states that have introduced export restrictions to reduce domestic inflation: we ask you to ensure the uninterrupted export of food products. By blocking exports, you make food less accessible," said Taras Kachka, the Deputy Minister for Economic Development, Trade Representative of Ukraine, during his speech at the UN.

However, so far, these calls are like the voice of one crying out in the wilderness. The list of countries imposing restrictions is steadily extending, aggravating the crisis and increasing import costs in the dependent states.

The most hard-hitting and economically sensitive embargo would be the ban on wheat export from India, causing prices to soar by 4%.

Soon after, India, the second-biggest exporter of sugar, introduced import quotas in this category up to 10 mln tonnes. Importers have serious concerns that later on, there may be a ban on the rice supply. That is why they are rushing to buy the record-breaking volumes hoping that everything will be shipped according to the already signed contracts. For as short as two weeks, the traders have made deals for one mln tonnes of rice to be delivered in July-September.

One of the first to impose restrictions on supplies was Serbia. As recently as March 10, the state government has prohibited exporting products that ensure food security. Shipment of wheat is allowed only under the contracts made earlier. The prognosis for exporting wheat from Serbia has decreased by 25%. The same is true for the corn, as its export dropped by 40%  upon the season's results.

Brazil has called off the contracts for sugar export. In the face of rising prices for energy carriers, the Brazilian processors prefer to redirect these volumes to bioethanol production. The volume of canceled contracts totalled at least 400,000 tonnes of raw sugar.

Argentina has begun to limit beef export to lower food inflation; the country controls 6% of this product's world export.

Battling the lack of internal demand and price surge, Malaysia has instituted a ban on chicken meat export, limiting it to 3.6 mln units per month. This move put Singapore on the spot because they get 33% of chicken meat from Malaysia. In addition, Malaysia plans to restrict the export of palm oil cake which is usually exported to Europe for animal husbandry needs.

Starting on April 15, Kazakhstan, a generator of 4% of world grain export, announced restrictions on the export of wheat and flour in response to the price spike of 30%.

The ban on exporting raw palm oil enforced by Indonesia has sent shockwaves across the globe. It lasted only three weeks and, under unprecedented pressure, was lifted. Though, many restrictions on supplies will remain valid even after the formal annulment. To obtain an export permit, Indonesian companies must meet "the internal market's obligations."

Egypt has imposed logical restrictions on wheat export. Producing meager (even by inner standards) six mln tonnes, the country aims at buying it out for reserves fighting manufacturers' temptation to export the crop at a premium price.

Import, "that's a whole other issue"

National protectionism is mainly unilateral. States that employ it expect an active export from their partners and are ready to forgo several administrative and phytosanitary regulations.

Brazil has also abolished the duty on the import of some food commodities. Zero rates will apply to the beef, chicken meat, corn, wheat, wheat flour, bakery products, and bakery confectionery products. On May 23, the tax regime was reviewed again. The remaining import duties for several items, including alimentary, were reduced by 10%. In the end, the liberalization will impact approximately 87% of the taxable goods. It will be effective from July 1, 2022, to December 31, 2023.

Malaysia has withdrawn the requirement for licensing the import of wheat to "organize unhindered access of the population to basic categories of food."

Having limited its own food supplies, India is loyal to the imported ones. The country has zeroed duties on crude soybean and sunflower oil. It means the annual import of 2 mln tonnes of crude soybean oil and 2 mln tonnes of crude sunflower oil will be allowed as a concessionary treatment. The regime entered into force on May 25 and will be valid until March 31, 2024.

Türkiye, facing a sharp spike in domestic sugar prices that reached $1,200 per tonne, has agreed to duty-free sugar imports of 400,000 tonnes.

The Philippines, whose feed industry is import-dependent, announced its intention to reduce the import duty on corn from 35% to 5%.

To curb food inflation, the Moroccan government has suspended customs duties on imports of sunflower, soybeans, and rapeseed since June 3.

The Republic of Korea is also battling inflation by reducing tax pressure – import duties on edible oil, pork, and flour are canceled.

Given a drought and a decline in crops, Kenya has removed duties on imports of corn in the amount of 540,000 tonnes.

Egypt, one of the world's major importers of wheat, covering the needs mainly in the Black Sea region up to February 24, is now aspiring to expand the list of potential suppliers by easing demands for goods. For instance, wheat import has been allowed with a humidity index of up to 14% (13,5 earlier) – to increase the number of competitors in GASC tenders.

Even the most unscathed US is fighting the crisis in the baby food market by boosting imports. The procedure for shipping the formula for foreign manufacturers is intended to be simplified. The companies able to secure the most significant supplies will be the focus of attention.

Simultaneously, the countries are working on cementing or drafting new trade agreements.

Israel and UAE have signed the free-trade agreement, the first of its kind with an Arab country. The deal removes or reduces the customs duties by 90% between the parties for goods, including alimentary. The prognosis is that in the next five years, the volume of inter-trade will rise tenfold to $ 1.2 bln.

Even slow-to-welcome-to-their-market China has remarkably expedited the procedures. The Ministry of Commerce of PRC reported signing the phytosanitary protocol securing Brazilian corn suppliers' access to the Chinese market. Another protocol has been approved granting the export of Brazilian peeled peanuts to China. The procedure for signing a phytosanitary protocol for shipments of soybean meal and soybean protein concentrate from Brazil is at its final stage.

As it happens, the scope of repercussions depends on the initial population income that countries had entering the food crisis. High prices for food items disproportionately ill affect the poor, who spend most of their income on food.

While the American restaurant-keepers reduce the meal size, ten mln people in Great Britain cut their purchases, and France distributes meal coupons to some households, for the African population, where food expenditures amount to 50% of the family budget, prices gouging on food products is a life or death question.

According to UN monitoring, world food prices have risen by more than 70% since mid-2020 and are close to record levels. Since the beginning of 2022 alone, wheat futures have increased in price by 56%, palm oil by 38%, and milk prices by 14%.

The world food crisis and the hunger it has triggered were the key topics of this year's Davos summit. David Beasley, Executive Director of the World Food Programme, claimed that the number of people struggling to get food has skyrocketed from 80 mln to 275 mln over the past 4-5 years. The crisis in the Black Sea region will sever the situation, adding another 46 million people.

The IMF urged countries not to rein in price growth artificially but to focus on helping the most vulnerable populations. "Policymakers should allow high global prices to pass through to the domestic economy while protecting vulnerable households affected by the increases," the IMF blog said.

In a country's scope, such a way is ultimately less costly than keeping food prices low for all, irrespective of their ability to pay. So far, about 70 countries have adopted similar social subsidies or reduced taxes.