mind
War agrarian season: Ukraine can harvest a little more than half of last year's harvest, while the rest of the world is suffering drought
PUBLICATIONS
Agro
1537views
Vitaliі Kravchenko, 29 september 2022, 07:30
Share 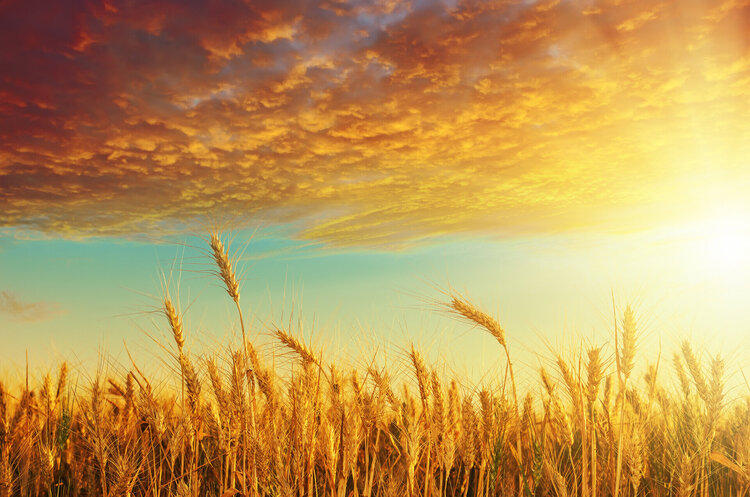 The 2022 grain harvest, which is being completed in Ukraine, may decrease by 30 million tonnes compared to last year's figure and amount to 55 million tonnes. This figure is formed by a consensus forecast made by Mind based on estimates of leading agrarian analysts and associations. The figure is less than the officially expected by the experts of the Ministry of Agrarian Policy (67 million tonnes) and 36% lower than the last record year, when 86 million tonnes were harvested. The conservative forecast fully corresponds to the current dynamics of harvesting.

At the same time, foreign analysts are concerned not only about the further fate of the "grain corridor" from the Black Sea ports, which has already allowed Ukraine to export more than 5 million tonnes of grain, but also about the dry weather in other agricultural regions.

How much harvest do Ukrainian farmers manage to collect? As of mid-September, Ukraine threshed 26 million tonnes of grain harvested from 61% of the sown areas. If the pace and yield indicators (38.4 c/ha) are maintained, 100% of the harvest will be only 41 million tonnes. The Ministry of Agrarian Policy calls it "a departure from the raw material model of the economy", although they prudently do not say how this "departure" can be compensated.

As of September 22, grain and leguminous crops were harvested on an area of 6.787 million hectares (61%). In particular, the following was threshed:

What is the situation in various regions? The result varies from region to region and directly depends on the degree of involvement of the region in hostilities. "Unfortunately, we did not manage to harvest 100% of last year's crops," says Vitaliy Bunechko, Head of Zhytomyr Oblast Administration.

According to the Department of Agricultural Development and Economic Policy of Zhytomyr Oblast Military Administration, 2.6 million tonnes of grain is expected to be harvested in the region against the record 3.5 million tonnes of grain last year. The reduction is caused by the physical loss of more than 1000 hectares of farmland due to damage by hostilities and mine contamination, as well as a number of technological problems during the sowing season – fuel crisis, lack of access to resources and adverse weather conditions.

In Kharkiv Oblast, one of the most affected in the country, the harvesting of early grain and leguminous crops has been completed, with 1.218 million tonnes of grain harvested. Last year, by the same date, 3.5 million tonnes were harvested in the province. In addition to the physical reduction of the harvested area, the yield has also decreased rapidly: to 37 c/ha against last year's 46.4 c/ha.

And what about material support? The peculiarity of the war agricultural season, which is coming to an end, is that most agrarians managed to buy resources for it before February 24. During the very season, fuel and crop protection products were purchased, but globally the industry spent major expenditures for the sowing campaign even before the full-scale invasion.

A fundamentally different – more complicated – situation is expected in providing agrarians with money in 2023. Due to the blocking of ports, the market is overflown with grain, prices for it began to rise only recently – after the opening of the "grain corridor" from Odesa – and farmers have significantly less sources for to carrying out their work than a year earlier. Also, next year the state will abandon the programmes to support the sector (which, however, previously worked only on paper), replacing them with grants and affordable loans.

This will inevitably lead to a decrease in investments in intensity – according to market participants, they may decrease by 10% in dollar per hectare.

What are the forecasts for the next year? The current reduction of sown areas at the 30% levelof will continue next season. Even in the conditions of their prompt liberation and the absence of large-scale destruction of infrastructure, the start of work on them will be postponed for at least a year due to contamination with explosives.

Thus, due to the reduction of land in cultivation, resource conserving, as well as the physical lack of sufficient fertilisers, the harvest of 2023 has all chances to be smaller than in the current war year.

Also, most likely, it will be dominated by the technical component – prices for rapeseed, sunflower and soybeans still show a relatively good level and they are easier to sell. Thus, even in the current season Ukraine can produce from 4.5 to 4.9 mln tonnes of sunflower oil compared to 5 mln tonnes in 2021/22.

Sunflower oil exports, less dependent on sea routes than grain, may reach 4.6 million tonnes in 2022/2023. These figures, close to pre-war ones, will secure the status of one of the main crops for sunflower in the agro-industrial complex next year.

A reduction is expected in corn, as well as in spiked grains – wheat and barley. This trend is already visible and gaining momentum in the autumn sowing campaign.

Will we be able to sell this grain? The decision on the structure of crops in the spring of 2023 will be made by agrarians based on the status quo at the front, in the country, in the economy and, most importantly, in the ports. The future status of the Istanbul agreement, which gave Ukraine a 120-day opportunity to export grain and partially unloaded the market, remains uncertain – no wonder top officials and partners of Ukraine are increasingly concerned about its prolongation after November 19.

According to the Ministry of Infrastructure, 235 ships with grain destined for Asia, Europe and Africa have left Ukrainian ports. Since the first ship with Ukrainian food left, 5.4 million tonnes of agricultural products have been exported.

If the agreement is extended and the "grain corridor" will work stably, then by spring farmers will be able to proceed from market factors and conditions, determining the structure of the wedge. If the military blockade – formal or informal – again blocks exports, the choice will be made in favour of crops that can be processed as much as possible in the domestic market, that is, again, technical crops.

Also, the continuation of exports and the inflow of liquidity is important both in terms of financing the industry and the sowing campaign, and ensuring the stability of the national currency.

It should be noted that the European – that is, railway export direction – for Ukrainian grain remained prevailing, even after the opening of the "grain corridor". During the two months of the new season, the EU share in the export of Ukrainian wheat increased up to 49%, barley – to 73%, due to a decrease in the harvest in the EU countries.

Does this guarantee food security in the world? World experts are in no hurry to be optimistic about stable grain supplies from Ukraine. After all, these revenues are only part of the pre-war level. And as the vice president of Univar Solutions Kevin Heck noted, "they can be stopped at any time". In general, specialised organisations note that global grain reserves have fallen to a ten-year low. Among the reasons are not only the war in Ukraine, but also the unprecedented drought that is sweeping the world this year.

Adverse weather in leading agricultural regions, including the United States, France and China, threatens to reduce grain yields and, accordingly, grain stocks. And this entails the risk of hunger in the poorest countries.

According to the forecasts of the International Grains Council, global corn stocks by the end of the 2022/2023 agricultural year will decrease by 28% compared to five years ago, and will be the smallest since the 2010/2011 season. The agency warns that at the end of this period corn stocks in the world may be enough for only 80 days of consumption.

And if the current drought in South America continues into the main planting season, global grain stocks risk sinking to even more alarming levels. "This is likely to be another year when global consumption exceeds global production," predicts Dan Basse, president of the consulting company AgResource.

Погода на sinoptik.ua
Last news
Electricity deficit decreased due to increased production and imports – Ukrenergo
13:11
Zelensky deprives ex-officials of the Yanukovych times of citizenship
12:06
Ukrainians exchange the first million energy-saving LED lamps within a week
10:54
Portugal will provide Ukraine with Leopard 2 tanks, the number is kept secret
20:46
Germany may redirect investments planned for the environment to weapons production
19:53
WSJ: China and Turkey supply Russia with technology for military equipment
19:00
British Ministry of Defense: Ukrainian tank crews "quickly mastered" Challenger 2
18:11
SBU exposed large-scale corruption in "Sea Ports Administration"
17:26
India has started paying for Russian oil in dirhams, refusing to use the dollar
16:40
Shmyhal ordered all powerful generators to be brought to Odesa within a day
14:27
All news