Borys Shestopalov is a Ukrainian entrepreneur in the agri-food sector, co-owner of HD-group and GFS GROUP, Phd in Economics.

Borys Shestopalov was born January 28, 1967; Zaporizhzhia, USSR.
In 1984, Borys Shestopalov graduated from High School №28 in the city of Zaporizhzhia.
In 1993, he received his first university degree in «Electromechanical Engineering» at Zaporizhzhia Mechanical Engineering Institute.
In 2001, he graduated from Zaporizhzhia National Technical University with a degree in Finance.
In 2004, Borys Shestopalov completed postgraduate studies and presented his PhD thesis on «Improving management structures of associations in enterprises (holdings) based on modeling and optimization of a single financial and economic database».
In 2006 he received PhD in Economics.

Then, for a couple of years since 1998, he served as a consultant on economic issues at LLC «Large Transport Company».

In 1999, he co-founded the «Hlibodar» group of companies (now HD-group). The company comprises grain processing enterprises, bread and pastry factories, a jam and preserves plant, as well as companies providing procurement and logistics services.

In 2014, he founded GFSgroup, a leading manufacturer and supplier of «Ready Meals» and «Food-to-Go».

Borys Shestopalov holds the position of the Vice-Chairman Of The Board of Ukrainian bakers' association. He is also a member of the Agriculture Committee in the Union of Ukrainian Entrepreneurs (SUP) and a member of the «Ukrmillers» union. From May 5, 2017, Borys Shestopalov is appointed as Honorary Consul for the Republic of Austria Embassy of the Republic of Austria Honorary Consul in Zaporizhzhia.

For a significant personal contribution to the reform of the national economy, development of entrepreneurship and market infrastructure in Ukraine, as well as for excellence in professional activities, Borys Shestopalov was awarded the Honorary Diploma of the Cabinet of Ministers of Ukraine in 2005 (No. 8655 dated September 3, 2004).

Boris Shestopalov: Socially responsible business is the first to demonstrate an example of extraterritoriality
Сo-owner and CEO of HD-group; co-founder of the charity foundation «Social Initiatives» told about organizing work processes under pandemic conditions, strengthening sanitary standards for food production, supporting employees, and introduction of measures for those who need it most today
4 may 2020
The Chernivtsi bread factory has joined the GOC «HD-group»
The total capacity of the enterprise is 120 tons of bakery products per day
30 april 2020
HD-group provided aid to socially vulnerable citizens in Kyiv
Charitable Foundation «Social Initiatives of Boris Shestopalov and Serhii Chekalskii» responded to the call of the Single Coordination Center working under the Kyiv City State Administration
18 april 2020 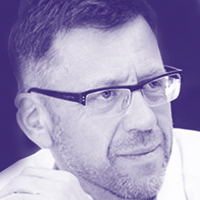 Coronavirus vs Business: How Quarantine Affected Bread Sales
What adjustments manufacturers had to make in their usual workflows
Boris Shestopalov - 1 april 2020
58492 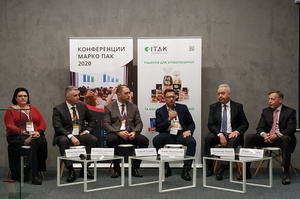 8 trends that determine the future of the bread market
How healthy lifestyle trend, changeable tastes and lack of free time are changing one of the most conservative industries in the country
Vitaliі Kravchenko - 25 february 2020
HD-group announced the establishment of a $20 million investment fund
The fund was created to consolidate the resources of HD-group, manage core acquisitions in 2020-2021, and implement direct as well as portfolio investments in the agri-food segment
2 february 2020
HD-group as part of its corporate impact investing policy has joined the Promprylad.Renovation project
Within 5 years the project is to attract over 700 million UAH of investments
16 january 2020
Shevchenkivskyi plant of food products has joined the GOC «HD-group»
The plant produces 28 types of products in private label format and under their own trademarks
18 december 2019
Погода
Погода у Києві