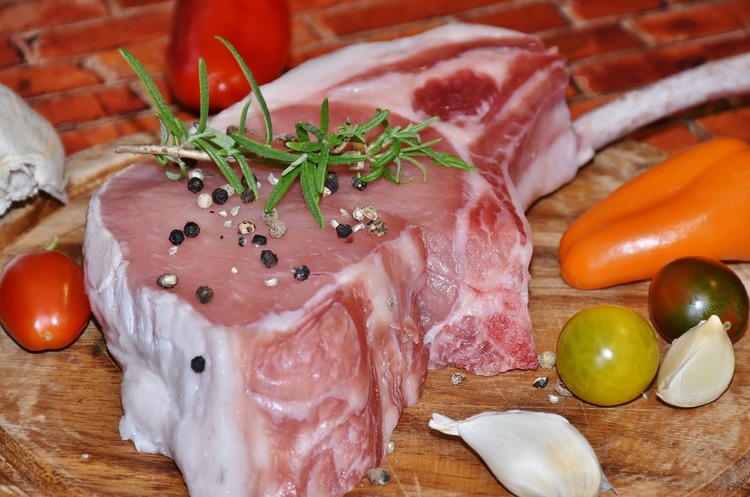 Food prices in Ukraine are sometimes twice or even more as high as in neighboring Poland. The reasons for this vary: for chicken, it is poultry production monopoly, and for pork, it is production costs, which are one of the world's highest today.

Mykola Babenko, CEO at the Centre for Improvement Animal Breeding, explains The Mind why the cost of pork production in Ukraine is so high (one of Europe's highest), how to remedy the situation, and why the state pays no attention to the problems of the industry.

Despite the low cost of resources and workforce in Ukraine, food prices remain high in the country. For example, chicken meat is almost twice as expensive as in neighboring Poland. And prices remain high notwithstanding the fact that a lion's share of government subsidies, whatever name they go under during all the past years, is received by poultry breeders. But the government subsidies eventually made this industry successful.

Only low costs ensure the competitiveness of any business. Ukrainian poultry producers are one of the world's most effective, as the cost price of one kilo of a live chicken in Ukraine is on par with the Brazilian one, i.e. €0.65 (20 to 22 Ukrainian hryvnias) ex-VAT. And high retail selling prices in Ukraine make chicken producers highly profitable. A chicken quarter is sold for 40 hryvnias per kilo in Ukrainian retail compared to 20 hryvnias per kilo in Poland when converted from zloty.

Criticism for high pork prices is also often voiced against pig breeders. But the reasons behind this phenomenon deserve special attention. "Ukrainian pig breeders operate at the level of cost prices or even at loss" – this headline appeared on the Ukrainian Association of Pig Breeders' website.

According to the Association, the average cost of pig production in 2018 was 37 to 41 hryvnias in the country. In 2019, the cost price of pork is even higher. And the price of live pigs is at the level of 40 hryvnias per kilo.

Historically, when pig producers sell a batch of pigs to a meat factory, they are usually unaware of its cost price. In February, when all expenditures and revenues for 2018 are calculated, pig production may even appear unprofitable.
The poultry production cycle is short, usually 42 days. So a poultry factory can go through over six cycles during a year. The standard duration of pig breeding is 175 days, i.e. two cycles a year. Pig farms keep animals of different age and weight, often in the same piggery. It is harder to control such a business.

Additionally, for many years the market has lacked technological management accounting software for the cost control of pig breeding in real time. Today, software capable of providing easy and precise control of pig breeding processes and costs in real time is already available. This is especially important for Ukraine with its unstable prices for meat, feed, veterinary drugs, and energy, as well as with fluctuating national currency rates.

The actual cost price of pork at the level of 37 to 41 hryvnias is too high and destructive for the industry.

But the standard cost price (which includes all costs involved in feeding a pig to 110 kg during six months) should be 27 to 30 hryvnias including VAT in 2018. These figures are based on the market prices of grain for closed-cycle pig complexes (i.e. with pedigree stock feeding).

Usually, industrial producers sell live pigs having a weight of 110 kg to meat factories. This means that overspending for each pig being fed in Ukraine is about 1,000 hryvnias. This amount should be turned into profit for every pig producer.
According to the State Statistics Committee, Ukrainian pig breeders produce 600,000 tons of pigs in carcass weight, which is 780,000 tons in live weight. If you combine all the average annual excessive costs of every pig breeder, then it turns out that the industry overspends almost 8 billion hryvnias for feed, veterinary drugs etc.

Hiding such an overspending every year means overlooking an acute disease. The disease should be cured; otherwise, the whole industry can be lost.

For now, end customers cover the high costs with their money. For example, in Poland, where minimum wages are four times higher than in Ukraine, pork is twice cheaper in supermarkets. And there are no government subsidies for pig breeders neither in Poland nor in other EU countries.

At this stage, it is evident that price hikes for live pigs instead of cost-cutting are a road to nowhere. First, increasing the price of pork will lower its consumption (during the past four years, Ukrainians already reduced pork consumption by one third, or by 300,000 tons annually).

Second, in such scenario pork will be ultimately replaced by its main competitor – chicken meat. Statistical data prove this point, as during past four years chicken consumption did not fall, and even increased. And the cost of chicken meat production is already the world's lowest.

There's only one solution for Ukrainian pig breeders under such circumstances – become effective and competitive by reducing pig breeding costs on their farms.

For comparison: Eurostat official data on the market prices of pig semi-carcasses for the period from January 1, 2016, to February 6, 2019, in the world's largest pig exporting countries. In particular, current semi-carcass prices are €0.94–1.35 per kilo ex-VAT. These prices already include the profits of both farmers and slaughterhouses.

Погода на sinoptik.ua
Last news
Darnitsa Joined the Ukrainian Trade and Business Association
13:30
Get to know how to attract the best at the large igaming event UGW
18:00
Mind won the case for the protection of honor, dignity, and business reputation in the suit of Alyona Shevtsova in the Kyiv Court of Appeal
13:36
Darnitsa is the first Ukrainian company to join The Regulatory Affairs Professionals Society
12:55
Retail Investors Find an Equalizer with ProBit Exchange's 50% Discounted BTC Exclusive Offer
13:00
ProBit Exchange Announces 4 “ProBit Exclusive” Premium Listing Feature to celebrate their 2nd Anniversary
20:55
Money from Nadra Bank transferred to companies associated with Segal brothers, Continuum Group – audit for Deposit Guarantee Fund of Ukraine
18:15
Boris Shestopalov: Socially responsible business is the first to demonstrate an example of extraterritoriality
11:00
The Chernivtsi bread factory has joined the GOC «HD-group»
21:40
HD-group provided aid to socially vulnerable citizens in Kyiv
17:00
All news