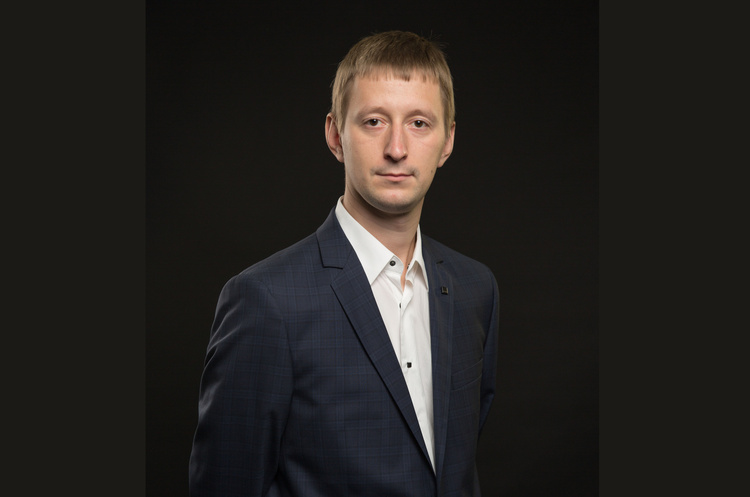 What happened? On May 13, the founder, co-owner and editor-in-chief of the independent business portal Mind.ua was released from custody of the Lviv Penal Institution №19 on bail.

Source. This was announced by his lawyer.

Details. On May 5, Eugene Shpytko was arrested in Lviv region, and two days later a precautionary measure was imposed according to the decision of the Galician District Court in Lviv. It was 60 days of detention in the Lviv Penal Institution №19 with the right to post bail of UAH 2 million.

From the very beginning, friends, colleagues and partners of Eugene Shpytko did not have any doubts regarding his decency. They spoke about that personally and proved that by their deeds.

Mind has announced the collection of charitable donations to raise the required sum of the bail. Eugene did not break the law and he has all the evidence of that. However, to build his line of defense, he needs to be free.

Eugene Shpytko has always been and still remains a true patriot of Ukraine, who has dedicated himself to helping the Ukrainian army since the very first days of russian aggression. Being a father of three children, he could evacuate abroad. But he decided to stay in Ukraine to support his country.

Taking into account the wide publicity, the required amount of money was raised in six days. The fundraising has been stopped. The Mind editorial office and Eugene's family are extremely grateful to everyone who responded to the crowdfunding initiative. According to the law, the bail is repayable, so at the relevant stage of the proceedings all the money will be returned to the providers.

The investigation is ongoing. For the time being, Eugene Shpytko has no right to announce the details of the trial.

In detail. Taking into consideration the great resonance of the case and the fact that the accusations may be applicable to many members of the volunteer movement, we consider it necessary to clarify the situation and its background.

No humanitarian cargoes were involved, figured or implied. So what really happened?

In the early days of the war, one of the most pressing issues became the provision of necessary equipment to our defenders. This problem is still remaining, based on the number of requests for protective plates and bulletproof vests that were sent to Eugene Shpytko, even when he was in custody.

The voluntary efforts have been focused specifically on solving the problem of military equipment.

This problem has two components.

1. There are a lot of counterfeits on the Ukrainian market. To a large extent, they appeared with the best intentions to fill the apparent shortage of bulletproof vests at the peak of their need. It's understandable, but such equipment can literally cost someone's life: the Internet is full of videos, where a plate made of improvised materials, weighing nearly 10 kg, is pierced by the bullet. Therefore, the most important task has been the finding of the certified, light, reliable bulletproof vests in sufficient quantities. Hence the second component of this problem appeared.

2. Lack of such high-quality nomenclature in free access. Manufacturers – usually major international companies with a long history – do not trade with individuals and retailers. They do so, in particular, in order to control which people receive their products. The optimal counterparty for them in the foreign market is a specialized large professional company, ideally with state ownership. In Ukraine, the structures of Ukroboronprom (Ukrainian Defense Industry) were such a company that purchased large consignments of high-quality certified equipment.

These structures, in their turn, also did not work with individuals at the beginning of the war. Therefore, addressing them for consignments of equipment, Eugene Shpytko together with the like-minded people worked through a legal entity on a non-cash basis. This cooperation is recorded in official agreements. Moreover, anyone who has ever dealt with state-owned companies and especially with dual-use goods, imagines the level of inspections and verification that needed to be passed for this purpose.

That means that specific goods were purchased at the request of specific users and delivered to them under the act of transfer. There was no intention to make any profit from this activity.

Eugene Shpytko was involved in this work mainly as a coordinator and information center – he received requests for help.

One of such requests, which was responded to, ended with an application to law enforcement agencies.

Possible reasons for such a situation:

1. Excessive activity of law enforcement agencies, which are tasked to monitor the operations with humanitarian aid with particular attention. The editorial office fully supports such activities, but not when the quantitative indicator exceeds the qualitative one.

2. Personal “greetings” from the people that appeared in a few Mind publications. There have been many of such investigations, and there are always enough of “well-wishers”.

The damage from this situation is multilevel.

Reputational damage to the publishing office has to be assessed yet, although now we do not record any outflow of partners and advertisers. Gratitude for this credit of trust goes far beyond just a business relationship.

Many volunteer organizations are working according to the described format. Аccording to information from the Mind editorial office, many of them have suspended their activities until the details of the “Eugene Shpytko's case” are clarified. Many active volunteers are now afraid of becoming the next victim, what was an aid yesterday can be interpreted as a criminal act today.

Mind hopes to clear up all the misunderstandings as soon as possible and once again thanks to everyone, who has provided and continues to provide assistance. 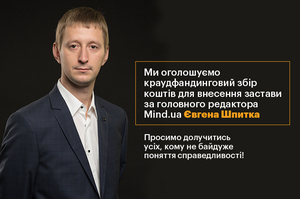 A rigged criminal case against Mind editor-in-chief Eugene Shpytko: what has happened 7 may 2022, 11:00 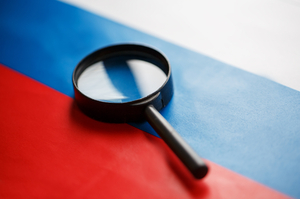