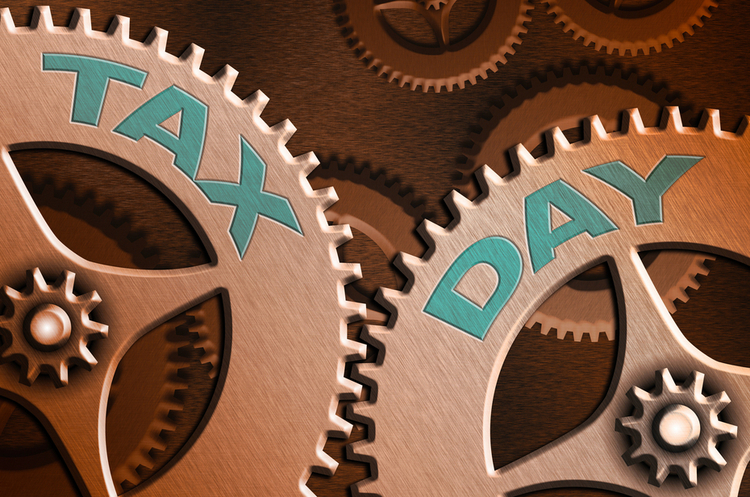 Ukrainian deputies continue to nurture ideas for reconsidering tax legislation. But not all of them are beneficial for business such as bill №7418, initiated by the Cabinet of Ministers in late May. This document, in particular, provides the abolition of a range of benefits for importers, which were introduced due to the martial law, as well as the return of mandatory payments (duties, excise duties, and VAT) during customs clearance of vehicles.

It came to the point that the business community issued an ultimatum to President Volodymyr Zelensky, demanding the resignation of the Chairman of the Committee on Tax and Customs Policy Danylo Hetmantsev. After all, Hetmantsev is the main initiator of tax innovations in Ukraine.

However, business does not deny the need for tax reform. And it stands for proposals to reconsider certain provisions of the Tax Code so that entrepreneurs can work quietly during the war. Mind has studied what exactly such proposals consist of.

The European Business Association (EBA, which unites more than 1,000 companies) demonstrated its estimates, having sent them to Minister of Economic Development and Trade Yulia Svyrydenko, Finance Minister Serhiy Marchenko and Danylo Hetmantsev.

Key suggestions. The main message of the EBA's appeal to the authorities is to reduce (at least temporarily) the tax burden on entrepreneurs and companies.

Sectoral initiatives. Some of the proposals introduced by the association relate to the industry.

EBA emphasises that today the enterprises of the mining and metallurgical complex, which before the war transshipped more than 60% of export products through Ukrainian ports, found themselves in an extremely difficult situation.

But due to the naval blockade, metallurgists had to reduce production by more than half. And metallurgical exports are still possible only in transit through European countries, after which products are shipped through EU ports.

With this business model, logistics costs increase at least 2.5 times. In addition, raw materials and supplies are becoming more expensive. All this significantly reduces the competitiveness of Ukrainian iron ore.

Therefore, the EBA proposes to reduce the rent for the use of subsoil for the extraction of minerals by 90% for the period of martial law and for six months after its cancellation.

The association calls on to regulate the taxation of free telecommunications services. For instance, this applies to roaming services for Ukrainian refugees. With a significant increase in international roaming, telecom operators lose part of the VAT credit, which leads to large losses.

EBA also has ideas for the tobacco market. As long as martial law is in force, it is allowed to import and sell filter cigarettes as well as liquids and mixtures for electronic cigarettes in Ukraine with markings that meet the standards of EU member states. EBA proposes to allow the import of such products, for which the labelling of the producer country is enough, and also products from Canada, Switzerland, Turkey, Mexico, Indonesia and the Philippines.

The Association considers that it is also necessary to extend the above-mentioned import rules for another six months after the cancellation of martial law and to determine the contractual sales price for tobacco producers and a minimum retail price for companies involved in manufacturer control as the VAT tax base.

With regard to alcohol, which is also an excisable commodity, the EBA proposes to abolish the need for licences for wholesale/retail trade of alcoholic beverages in paper form and to transfer the registration of such licences exclusively to electronic form with open access.

What does the parliament do? Deputies, as mentioned above, do not sit idly by and quite briskly develop and adopt “tax” laws.

For example, in May the parliament amended the Tax Code (Law №2260-IX), which not only resumes tax audits of businesses but also restores liability for non-payment of taxes.

The Council adopted the bill №7364, which expands the list of non-taxable income from volunteering and stipulates that the amounts of humanitarian aid operations are not taken into account when calculating VAT.

In addition, the relevant parliamentary committee approved bills №5688 and №5689, which provide a number of tax and customs benefits for industrial parks. Such benefits include the abolition of VAT on the import of new equipment for the industrial park's own use and the exemption of industrial park residents from income tax for 10 years.

Moreover, Hetmantsev promised that soon the people's deputies will get round to the tax benefits for the agro-industrial and the military-industrial complexes (according to the preliminary information it will be an exemption from income tax, abolition of VAT on imports of equipment, reduction of taxes on land and real estate).

He also called for the resumption of full-fledged inspections of entrepreneurs in “peaceful” areas (particularly in the western regions of Ukraine), having said that there was no reason for exempting businesses that were not affected by the fighting from full tax control.

Погода на sinoptik.ua
Last news
The enemy shelled residential areas of Nikopol with MLRSs and cannon artillery: four people injured
17:35
A possible emergency at the ZNPP will lead to the evacuation of 400,000 residents of Zaporizhzhia and Dnipropetrovsk oblasts
13:27
Fire broke out in Jankoy area in Crimea
09:33
The enemy suffered significant casualties in the South Buh direction and retreated – General Staff
08:36
The Verkhovna Rada adopts the law on customs visa-free regime
16:40
Verkhovna Rada has increased defence expenditure from the state budget by UAH 270 billion
15:59
Verkhovna Rada supports the extension of martial law
14:24
The budget for 2023 will be extremely tough – the Minister of Finance
13:07
The enemy is actively conducting offensive actions in the Kramatorsk and Bakhmut directions
08:33
The invaders shelled the occupied Energodar, there are casualties
19:35
All news