mind
The story of recovery: how the Ukrainian pharmaceutical market is getting over the crisis
Invest in Ukraine
Pharmaceutics
Special project
PUBLICATIONS
Investments
48926views
Viktoriya Pokatis, 19 april 2018, 13:00 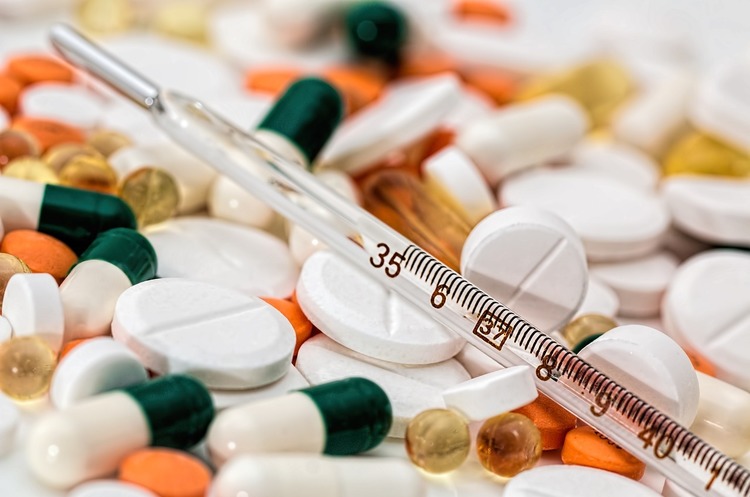 Hryvnia devaluation in 2015 prompted Ukrainians to opt for more affordable domestic medicines instead of expensive imports. It soon affected the situation on the entire pharmaceutical market. Despite the crisis, an increase in unit sales (by packages sold) stimulated local companies to invest extra money in production facilities and new products.

A state reimbursement program became another driver for the domestic pharmaceutical industry: the state is returning the cost of some drugs. The Mind has studied the Ukrainian pharmaceutical market, its dynamics in hryvnias,  dollars and units over the last year, innovations introduced by leading companies, and consumer preferences in the drugs segment.

How big is the growth? In 2017, the domestic pharmaceutical market finally began to recover. According to SMD, a company that specializes in pharmaceutical marketing research, last year the volume of the Ukrainian market amounted to $ 2.1 billion, or UAH 53 billion, in the purchase prices. It is still far less than the pre-war $ 4.1 billion, but for the first time since 2013, the growth in dollars was recorded (+ 11%). Pharmaceutical companies are optimistic about the current year, predicting the increase by another 20%, yet in hryvnia.

"Over the last year, the market has grown mainly due to an increase in unit sales and the shift of consumption towards more expensive drugs. However, the emerging growth is a relative one. Compared to the period of 2010-2014, the current situation looks more like the beginning of the market recovery," comment Darnitsa’s representatives.

Trade with the rest of the world has also shown positive dynamics. In unit terms, the export of Ukrainian medicines grew by 17%, and imports grew by 12%.

Where are the losses? At the same time, in terms of packages sold, the market has been showing a negative dynamics for the fourth year in a row, according to SMD. The year of 2017 has shown the decrease by 5% to 1.42 billion packages. However, this trend didn’t affect biologically active additives (BAA). This group of goods grew by 2%, thereby increasing its market share to 6.4% in hryvnia and 5.4% in units.

"Sales growth in monetary terms has been observed, first of all, in the segments of prescription medications and the BAA segment. In recent years, there has been a tendency to register products as BAAs, which corresponds to the world trend and simplifies the promotion and registration for companies. It is also a matter of disease prevention using BAAs," says Irina Gorlova, Director of SMD. Still, treatment with BAAs is not yet included in the officially approved protocols.

What was driving the market? Last year, prescription medicines and drugs produced by local manufacturers were the main driving forces of the industry. The split between domestic and foreign manufacturers in unit sales was 68% and 32% respectively. In the monetary terms, the situation is slightly different. In hryvnia, the market split remained at the level of 2016 with 33 and 67% respectively.

"Foreign manufacturers dominate the product segments where exclusivity still remains , and where there are technological obstacles for the development and production of medicines, or when there is no economic feasibility for domestic companies to enter a segment," say in Darnitsa.

Which drugs are the best-selling? "Ukrainians prefer medications in the mid-range price segment. However, they still buy mostly what they can afford, not what they want or what they are used to. Cheap drugs are most popular and make 52% of all sales with an average price of 13 UAH for a package," explains Alexander Sokolov, General Director of Analytical Company Pro-Consulting.

In monetary terms, the best-selling drugs were those that influenced the digestive system and metabolism, as well as medicines for the cardiovascular and nervous system. According to SMD, the list of top 20 best-selling drugs in hryvnia included Ksarelto and Cardiomagnil for cardiovascular diseases, which took respectively the 5th and the 15th places, and Ceretid for bronchial asthma on the ninth line. At the same time, the long-term leader of this rating, Actovegin, used for healing wounds gave way to non-steroidal anti-inflammatory remedy Nimesil.

Prescription or not? According to the analytical company Pro-Consulting, the growth rate of prescription drug sales began to outpace the growth of over-the-counter drug sales, indicating the stabilization and recovery of the market. In total, 423,500 packages of medicines were sold by prescription over the last year, which made 38.5% of all unit sales. The share of prescription drugs in monetary terms was 59%. However, in general, unit sales of imported drugs grew faster than the sales of domestic medicines (+ 11.2% versus + 5.1% in 2017). At the same time, from the revenue growth viewpoint, Ukrainian drugs go roughly at the same pace with the imported ones (20.6% versus 21% respectively).

Reimbursement as a way to progress

What does the state compensate for? In 2016, Ukrainians bought 90% of drugs, i.e. 9 out of 10 packages, at their own expense. Hospitals made 5% of purchases in monetary terms and 7.5% in packages. In general, centralized purchases were only 4.3% in hryvnia and 0.3% in packages.

In April 2017, a reimbursement program was started in Ukraine. Under this program, certain drugs for the treatment of cardiovascular diseases, type II diabetes, and bronchial asthma are given for free.
During 9 months last year, the program "Available drugs" allowed patients to receive drugs for the amount of UAH 614 million. Compared to the total annual market volume, this figure is not so impressive, but if one looks at certain categories of drugs, then the positive dynamics is clearly visible.

How did it affect the market? For example, if before the reimbursement program the Borschagivsky CPP sold an average of 180,000 tablets of hydrochlorothiazide (a diuretic intended to lower blood pressure), then in May 2017, on the second month of the project, the sales increased ten times to 1.8 million tablets.

Another example is Clopidogrel, a drug used to treat thrombosis. Its sales increased from usual 1.7 million tablets per month to 5.4 million last May. Experts estimate that thus there is a significant rearrangement of players inside the market. For example, Clopidogrel produced by the international pharmaceutical company Teva outstripped a long-term leader in this category – a drug manufactured by Farmak, whose sales increased almost fivefold as of May compared to March 2017.

How does the program develop? In February 2018, the Ministry of Health expanded and approved a new registry of drugs worth a refund: it included 239 medicines from 48 manufacturers. The funding for the program this year has also increased. In 2018, the Ukrainian state budgeted UAH 1 billion for this purpose. For comparison: last year, the first UAH 500 million and later another UAH 200 million were allocated.

"Generally speaking, such a sum will not cover the expenses of every patient in Ukraine, but it will, to a certain extent, help cover the most vulnerable patients’ needs. At the same time, manufacturers, due to the increase of funding, will be more interested in the production of medicines. The Ministry of Health of Ukraine expects that the consumption of free medicines in packages will increase by 30%," says Sergiy Shershun, Antimonopoly and Competition Law Practitioner of the law firm INTEGRITES.

"Due to the fact that there is no medical insurance system in Ukraine (it is in the process of implementation), the quality of diagnosis and treatment of the most common diseases is extremely low. In my opinion, frequent diseases most often leading to death, like hypertension, stroke, asthma, diabetes, oncology, will be in focus. And thus, medicines to fight these diseases will also be in focus," predicts Iryna Horlova.

Group portrait of the market

As of 2017, there were 135 enterprises involved in the production of drugs in Ukraine.

Darnitsa takes the first place in unit sales. "Our market share is 15% and it is twice as much as of the nearest competitor. Every seventh package of drugs in the chemist’s store comes from our plant," claims Darnitsa. The second place belongs to Farmak with a share of 8.4%, followed by Arterium with 7.6%.

The top 20 sales leaders include nine Ukrainian producers. In monetary terms, the biggest market share remains with Farmak (5.6%); Arterium takes the second place with 3.5%, and the third place belongs to Darnitsa with 3.4%. Sanofi dropped from the third to the fifth place with 3.3%. Bayer went up one position and now goes immediately after Sanofi with a share of 2.9%.

According to SMD, the highest growth of the year was demonstrated by Yuriya-Farm from Cherkassy, which acquired production capacities abroad and went up from the 17th to the 15th place, showing the highest growth rate, + 29%.
Three Ukrainian companies Farmak, Arterium and Darnitsa remained leading distributors in all categories of goods in the “pharmacy basket” by sales in monetary terms.

What are current trends? The main trend of 2016 was high growth rates of domestic companies compared to foreign ones, and in 2017 this trend is stimulating national manufacturers to produce new drugs and invest in production facilities.

"Currently, about 60% of retail sales of Darnitsa are drugs in the mid- and high price range. But entering these pricing segments is not the main goal. It is the consequence of updating the product portfolio by bringing out new high-tech and original cardiology and neurology products. We consider product innovation as a driver to strengthen our market position," says Svetlana Didenko, Darnitsa’s CEO, in her interview to the Mind. For example, over the last three years, Darnitsa has introduced 25 new drugs. Twelve of its most successful launches provided the company with UAH 212 million in channel sales.

What do companies invest in? In 2017, domestic pharmacists actively modernized their production facilities. For example, Darnitsa registered seven new medicines in various forms and dosages last year, and another 20 are scheduled for this year. Another 66 products are at the stage of pharmaceutical development. In total, over the past decade the company has invested 200 million euros in technology and equipment.

Farmak invested more than UAH 500 million in technical re-equipment and introduced 21 products to the market in 2017. And there are another 125 projects at different stages of development.
BCCP plans to invest UAH 317 million in its modernization by the end of 2018, and Biopharm intends to launch a blood plasma plant in July 2018. It has already invested $35 million in its construction. 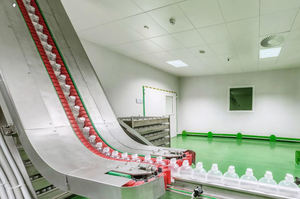 Life Elixir: how a pharmaceutical company launched the production of infusions10 may 2018, 12:30 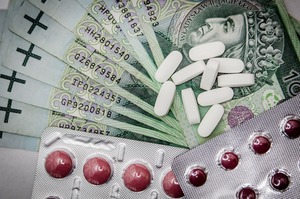 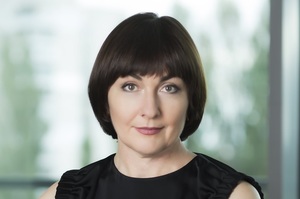 General director of pharmaceutical firm “Darnitsa”: “Import substitution is nothing more than another form of competition” 5 april 2018, 09:45
Stay tuned for business and economy news on our Mind.Live and Mind.UA Telegram channels, as well as Viber Chat
INVEST IN UKRAINE. Pharmaceutics
Comments – 0
,
Погода
Погода у Києві